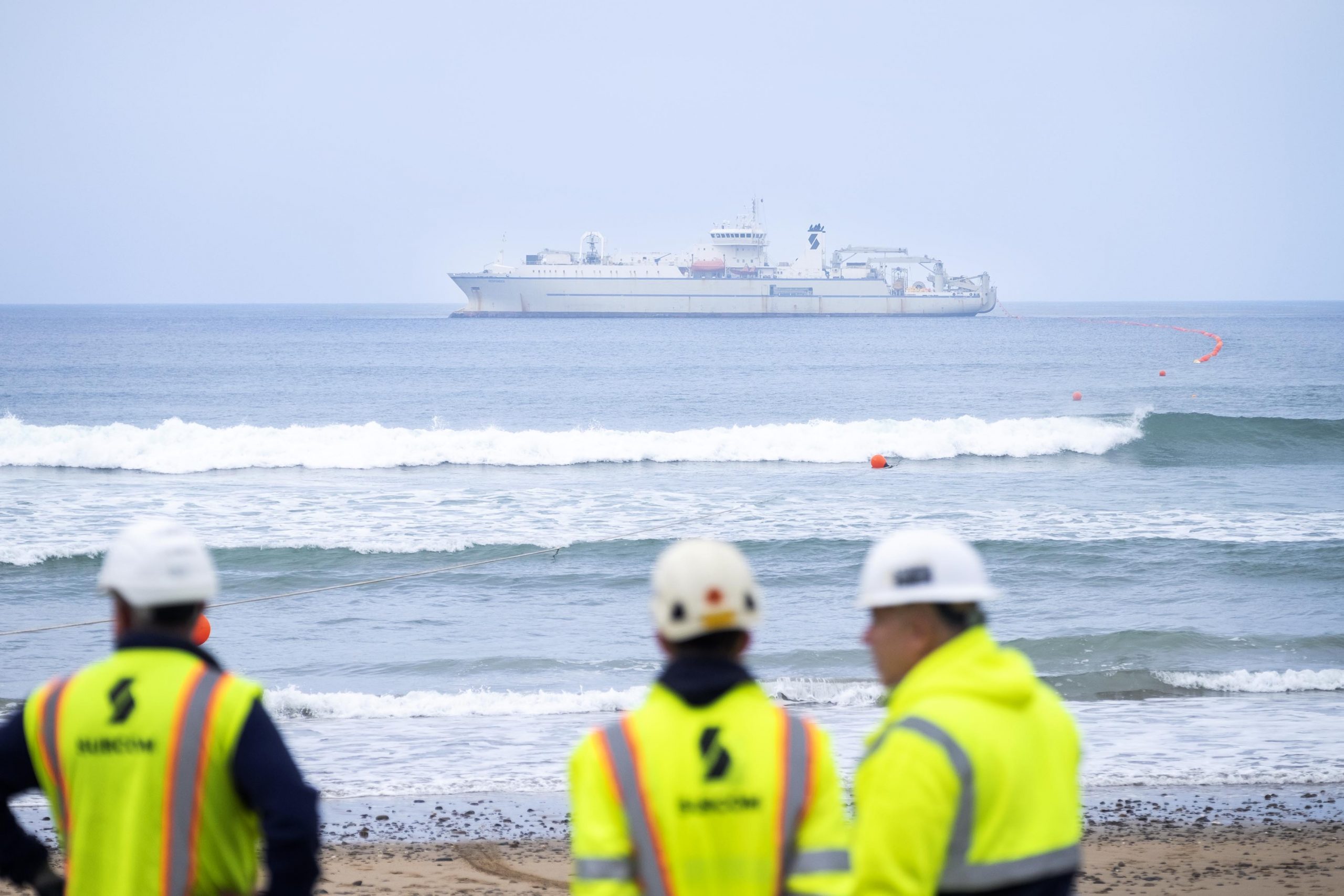 By Ryan Daws | 15th September 2021 | TechForge Media
Categories: Fiber Optic, Infrastructure, N America, Networks, UK,
Ryan is an editor at TechForge Media with over a decade of experience covering the latest technology and interviewing leading industry figures. He can often be sighted at tech conferences with a strong coffee in one hand and a laptop in the other. If it's geeky, he’s probably into it. Find him on Twitter: @Gadget_Ry

Google has announced that its subsea cable Grace Hopper has landed in the UK, bringing with it a “new generation” of transatlantic connectivity.

The new subsea cable is one of the first to be connected between the US and UK since 2003 and stretches from New York, US to Bude, UK and Bilbao, Spain.

“The amount technology contributes to the UK economy has grown on average by 7% year on year since 2016. And UK-based venture capital investment is ranked third in the world, reaching a record high of $15 billion in 2020, despite the challenging conditions from the COVID-19 pandemic. What’s more, 10% of all current UK job vacancies are in tech roles, and the number of people employed in the tech sector has grown 40% in two years.

With this in mind, improving the diversity and resilience of Google’s network is crucial to our ability to continue supporting one of the UK’s most vital sectors, as well as its long-term economic success.”

The landing in Bilbao marks the first Google-funded route to Spain and will play a vital part in more tightly integrating the upcoming Google Cloud region in Madrid.

Grace Hopper, named after the pioneering American computer scientist who died in 1992, uses a novel “fibre switching” to move traffic around for increased reliability. Google also says that it’s worked with established channels and experts “for years” to help ensure the cable system maintains free flows of data.

The increasing threat to subsea cables

With reliable internet connectivity more vital than ever, subsea cables have become increasing targets. Approximately 97 percent of communications between the US and Europe flows through these cables and carry around $10 trillion worth of daily financial transactions.

NATO’s military leadership has warned that the Russian navy, in particular, is aggressively probing undersea communications cable networks with around six submarines expected to be capable of severing them—with the Losharik being the most modern.

“We have established a new NATO Atlantic Command in Norfolk, and one of the new tasks of this new North Atlantic command is also to look into how to protect, how to monitor threats against undersea infrastructure.”