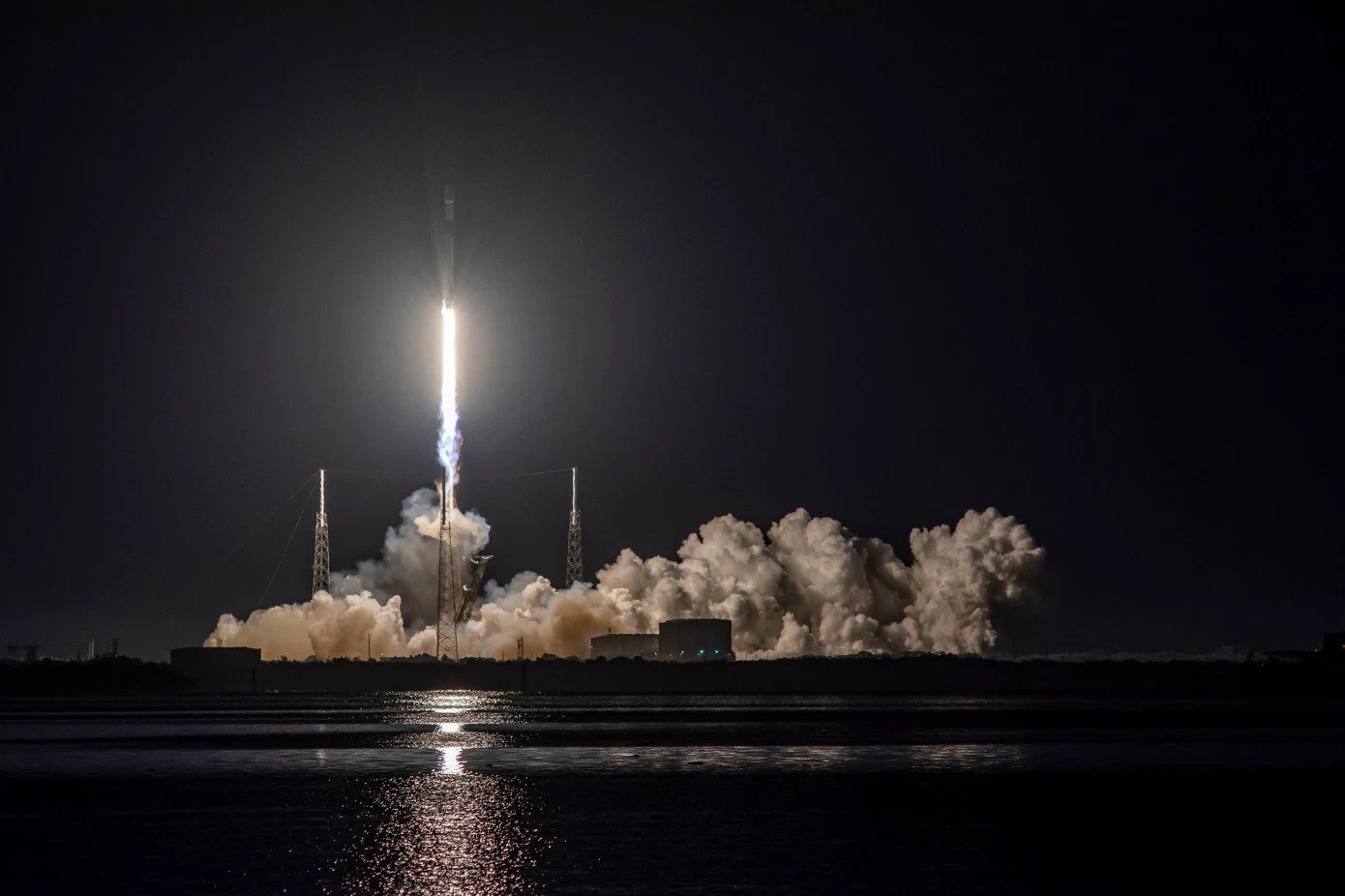 By Ryan Daws | 24th March 2021 | TechForge Media
Categories: Broadband, Connectivity, Industry, Infrastructure, Innovation, Networks, Operators, Satellite,
Ryan is an editor at TechForge Media with over a decade of experience covering the latest technology and interviewing leading industry figures. He can often be sighted at tech conferences with a strong coffee in one hand and a laptop in the other. If it's geeky, he’s probably into it. Find him on Twitter: @Gadget_Ry

SpaceX has successfully completed its fourth Starlink mission in under a month, adding a further 60 satellites to its constellation.

The latest batch of SpaceX’s broadband satellites brings the total launched this month to an incredible 240.

As usual, SpaceX used its Falcon-9 rocket for the mission. What’s particularly impressive about this launch is the flight-prove booster served on five previous missions.

SpaceX is currently launching around 60 satellites at a time and aims to have deployed 1,440 by late 2021 to provide near-global service. In addition to today’s launch, the company also held launches this month on the 4th, 11th, and 14th.

Amazon’s Project Kuiper, expected to be Starlink’s biggest rival, was given the green light by the FCC last year to launch 3,236 of its own satellites.

“We are doing an incredible amount of invention to deliver fast, reliable broadband at a price that makes sense for customers,” Rajeev Badyal, Vice President of Technology for Project Kuiper, said at the time.

Earlier this month, Starlink expanded its service to all regions of the UK after a limited trial in southern England.

Starlink’s £439 hardware cost and £89/month service fee reflect that this isn’t a broadband solution designed for everyone—rural communities with limited other connectivity options are the target market.

“This will transform rural WiFi,” says Compare Fibre’s co-founder Nathan Hill-Haimes. “We are really keen to stress the impact this can have on connecting rural locations with high-speed internet.”

Demand appears to be high for Starlink. Dependent on areas, many pre-orders for the antenna and modem kit are extending to the end of 2021.