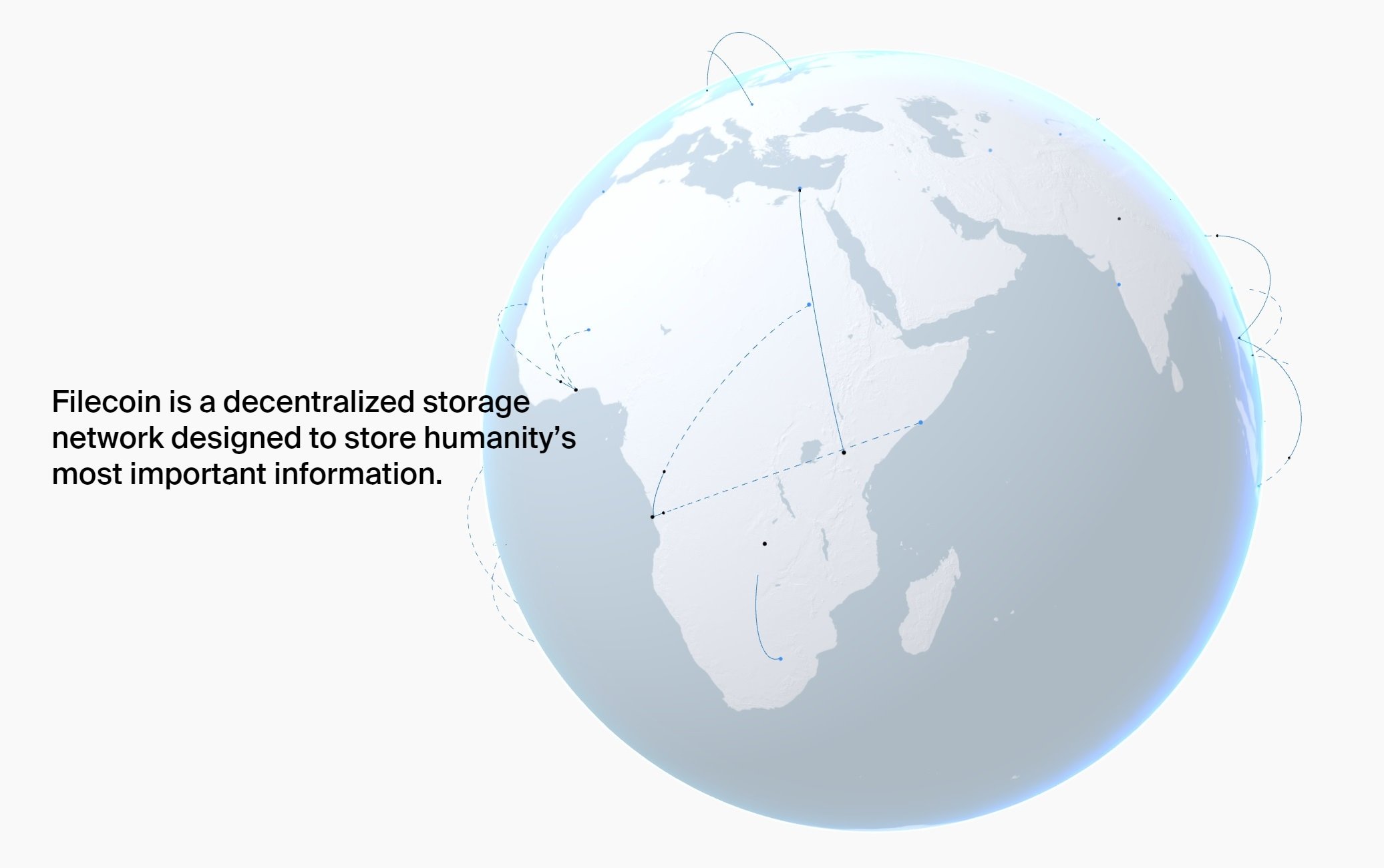 By Ryan Daws | 17th February 2021 | TechForge Media
Categories: Blockchain, Innovation,
Ryan is an editor at TechForge Media with over a decade of experience covering the latest technology and interviewing leading industry figures. He can often be sighted at tech conferences with a strong coffee in one hand and a laptop in the other. If it's geeky, he’s probably into it. Find him on Twitter: @Gadget_Ry

The provider is aiming to be the storage backbone for Web 3.0, the next evolution of Tim Berners-Lee’s invention which returns to his original vision of a medium where “no permission is needed from a central authority to post anything … there is no central controlling node, and so no single point of failure … and no “kill switch”.

“The internet is an ‘information superhighway’. However, today, only seven percent of the world’s data that gets generated actually gets stored and that ratio is decreasing over time —that storage capacity will be down to five percent in the next five years.

At this rate, the current cloud storage infrastructure can’t keep up, a worrisome omen for our splinternet battles yet to come.

In a two-sided marketplace, you have to grow supply and demand at the same rate and Filecoin doesn’t have that restraint. Phase one focuses on capacity building and product optimisation. The remarkable growth of the network has exceeded everyone’s expectations. Comparing it to the internet – what matters at first is that there is room to build, this is the linchpin that will ultimately see the shift from users to Web 3.0.”

In 2019, Berners-Lee published a ‘Contract for the Web’ to help save it. The contract highlights concerns arising from centralisation including government shutdowns, censorship, and too much power in the hands of large companies.

A year on, the World Wide Web creator launched Inrupt – a venture which aims to tackle some of the problems highlighted in the contract. Inrupt’s first product is a server which keeps everyone’s data in ‘pods’ they retain full control of and can choose what entities they want to share it with.

“More organisations worldwide can take the first step towards building a trusted web where innovation flourishes, and everyone – businesses, developers, and web users – share the benefits,” said Berners-Lee at the time.

It seems unlikely Inrupt’s server-based approach will gain enough traction to make the difference which it admirably intends, but other decentralisation efforts towards achieving Web 3.0 are gaining pace.

Berners-Lee hasn’t yet publicly backed any single blockchain project (although he was a keynote speaker at “open money network” Stellar’s Meridian conference last year…) but he has expressed support for using the technology to achieve decentralisation.

Filecoin adds incentivised, persistent storage to IPFS, a distributed system for storing and accessing files, websites, applications, and data. The distribution of data – moving it away from centralised centres – helps to reduce the threat of damage, loss, and theft.

The first proof-of-concept for Filecoin’s system is Project Starling.

Project Starling cryptographically sealed and verified over 250 photos captured by Reuters photojournalists documenting the pivotal 78 days of the United States presidential transition, between the election and Inauguration Day—including, of course, the Capitol Hill insurrection.

Any attempts to erase or rewrite history wouldn’t be possible under a decentralised system, helping to improve trust in societies where it’s at an all-time low.

“The importance of an open, decentralised internet has never been greater.

Reaching 2.5 EiB storage capacity is a pivotal moment for Filecoin and the wider Web 3.0 movement. Our global community has contributed its expertise, valuable insights, hard work, and resources to build a robust foundation for humanity’s most precious knowledge.

The Web 3.0 pursuit to create a more efficient and secure web, free from corporate control, is coming into fruition.”

Over 90 organisations are currently building on Filecoin’s network, 5,497 developers contributing to its development via GitHub, and over 1,390 active miners. Over 200 new projects are entering its ecosystem through hackathons and dedicated accelerators.