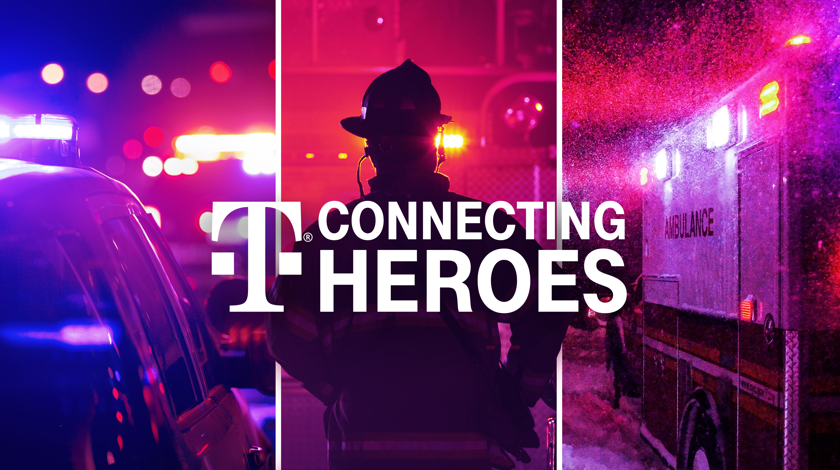 By Ryan Daws | 22nd May 2020 | TechForge Media
Categories: 5G, Connectivity, Industry, Mobile, N America, Networks, Operators, Public Services, TECHEX, Wireless,
Ryan is an editor at TechForge Media with over a decade of experience covering the latest technology and interviewing leading industry figures. He can often be sighted at tech conferences with a strong coffee in one hand and a laptop in the other. If it's geeky, he’s probably into it. Find him on Twitter: @Gadget_Ry

Yesterday, the company teased a new “Un-carrier” announcement would be made today. Now we know what it is.

“When we’re at our most vulnerable, first responders are there for us … and they are under more pressure today than ever before. Connecting Heroes is one way we’re saying ‘thank you’ in this critical time.

People who save lives shouldn’t have to choose between life-saving equipment and wireless service. And with Connecting Heroes, they won’t have to. We’re not limiting this program to a few months or a year … first responders can get free service including 5G access, for a full decade. This is the kind of impact the new T-Mobile can have in the world. This is the kind of difference we can make.”

All responders eligible for the initiative will receive unlimited calls, texts, and data – including 5G at no extra cost, and 1GB of 4G hotspot data (3G after that limit).

Streaming video is capped at 480p but “Mobile Without Borders” is included which provides unlimited calls and texts between the US, Canada, and Mexico.

Any responders wishing to upgrade their plan can do so for $15/month. For the premium, responders will receive 20GB of mobile hotspot use, up to 256kbps data in over 210 destinations, and free Gogo in-flight WiFi.

Mike Mayta, CIO at the City of Wichita, KS, comments:

“Access to critical communications is vitally important for our first responders. The more information that we can get to them, the better they’re going to be able to serve the public.”

T-Mobile estimates that around $7.7 billion will be saved from first responders’ budgets if all agencies sign up.

Public and non-profit state and local police, fire, and EMS first responders are eligible for the Connecting Heroes initiative.

For more information and to sign up for the initiative, head right this way.