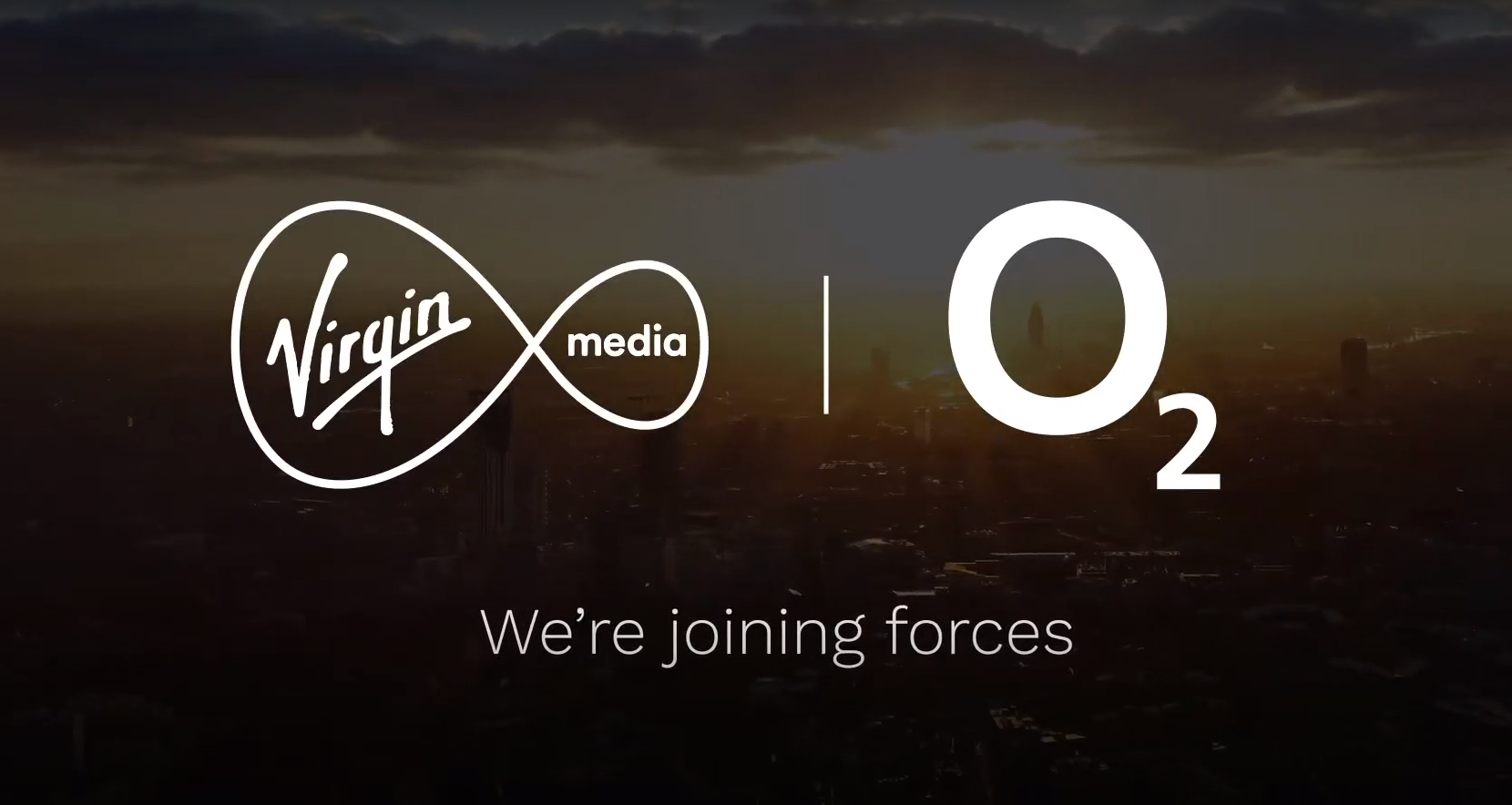 By Ryan Daws | 7th May 2020 | TechForge Media
Categories: Consumers, Europe, Fiber Optic, Industry, Infrastructure, Mobile, Networks, Operators, TECHEX, Wireless,
Ryan is an editor at TechForge Media with over a decade of experience covering the latest technology and interviewing leading industry figures. He can often be sighted at tech conferences with a strong coffee in one hand and a laptop in the other. If it's geeky, he’s probably into it. Find him on Twitter: @Gadget_Ry

The rumours proved to be true: O2 and Virgin Media have confirmed their intention to merge in a £31 billion deal.

Telefonica and Liberty Global, owners of O2 and Virgin Media respectively, have put out a joint statement today confirming the 50-50 joint venture which “brings together Virgin Media, the UK’s fastest broadband network, and O2, the country’s largest mobile platform.”

Jose Maria Alvarez-Pallete, CEO of Telefonica, said: “Combining O2’s number one mobile business with Virgin Media’s superfast broadband network and entertainment services will be a game-changer in the UK, at a time when demand for connectivity has never been greater or more critical.”

Virgin Media currently operates as an MVNO in the UK using EE’s network. At the end of 2021, the broadband and TV giant was set to move to Vodafone’s network. Now that is no longer going to be the case, it’ll be interesting to see whether the O2 or Virgin Media branding will be used going forward – or whether separate brands will be used across mobile, TV, and broadband.

Kester Mann, Director, Consumer and Connectivity, CCS Insight, says: “We believe it would be better for the [joint venture] to retain the O2 brand at the expense of Virgin Media. Both have a strong presence, but O2’s respected customer service, highly loyal customers and sponsorship of the O2 arena mean it is impossible to drop. A multi-brand approach serves only to duplicate costs and risks confusing customers.”

Virgin Atlantic, for example, recently made headlines after calling for staff to take eight weeks of unpaid leave amid the COVID-19 pandemic while reportedly seeking a £500m taxpayer bailout. Virgin Care also caused a stir for suing the NHS after it lost out on a £82m contract to run children’s services in 2016.

Virgin Mobile also hasn’t fared too well across various metrics. According to research by comparison website Choose, Virgin Mobile has the worst call centre performance, a complaints record which has “been worsening since mid-2017,” and bottom of the list for recommendation and satisfaction with complaints resolution. In recent weeks alone, Virgin Media broadband customers have faced a series of prolonged outages during a period when people need connectivity most.

In comparison, O2 has avoided such high-profile controversies and built a solid reputation.

Mike Fries, Chief Executive Officer of Liberty Global, said: “O2 is widely recognised as the most reliable and admired mobile operator in the UK, always putting the customer first. With Virgin Media and O2 together, the future of convergence is here today.”

“When the power of 5G meets 1 gig broadband, UK consumers and businesses will never look back. We’re committed to this market and are right behind the government’s digital and connectivity goals.”

Back in 2015, O2 and Three UK agreed a merger but the deal was blocked by the EU Commission over competition fears. The Virgin Media-O2 deal will also face regulatory scrutiny but it isn’t expected to face the same problems because it wouldn’t be the merger of two mobile operators.

“Vodafone UK appears the biggest loser as the deal lays bare its weak position in the market for converged services,” comments Mann. “We think this deal will trigger a ripple effect on the UK market: Vodafone, Three, Sky and TalkTalk will all be assessing their positions and further deal-making can’t be ruled out.”

O2 and Virgin Media are sweetening their deal by vowing to invest £10 billion in UK infrastructure over the next five years.