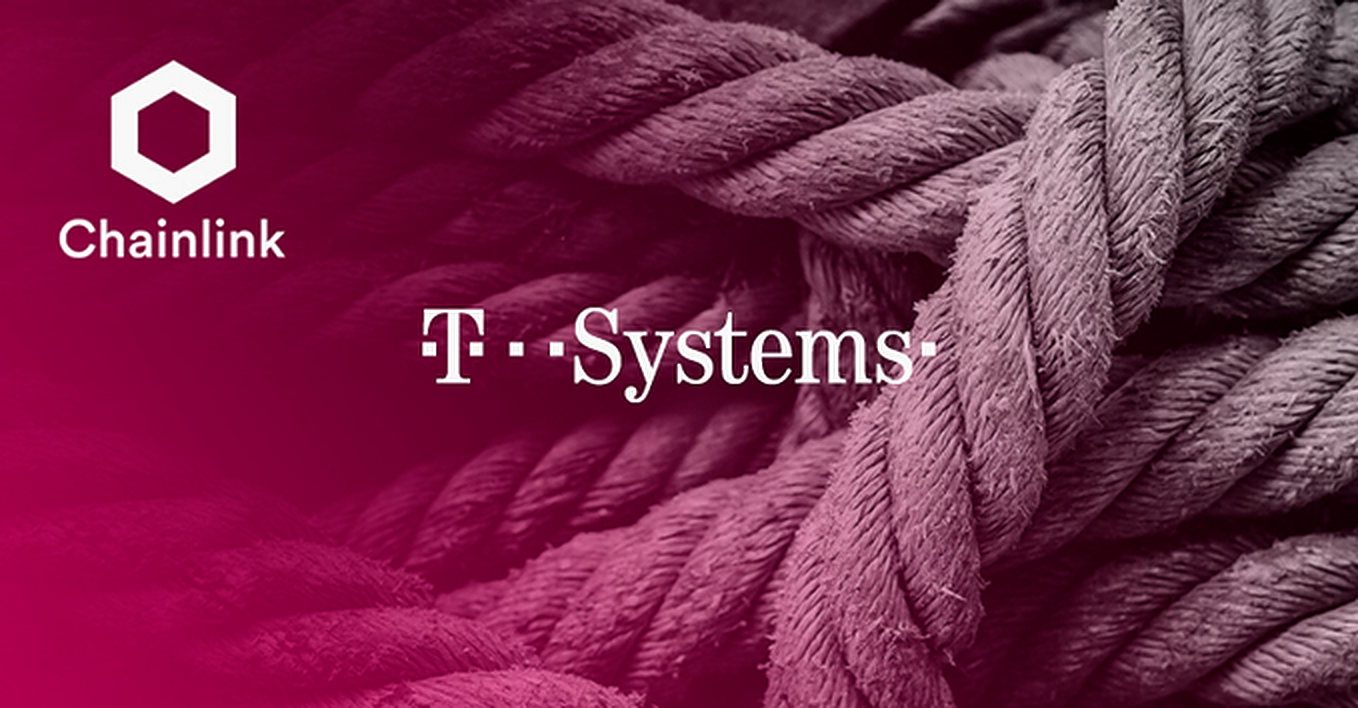 By Ryan Daws | 22nd July 2020 | TechForge Media
Editor at TechForge Media. Often sighted at global tech conferences with a coffee in one hand and laptop in the other. If it's geeky, I'm probably into it.

Deutsche Telekom’s business continues its support for blockchain technologies by becoming a node operator for Chainlink, an oracle for smart contracts.

T-Systems is a subsidiary of the German telecoms giant and predominantly focuses on the Internet of Things. The company describes itself as offering integrated solutions “from the secure operation of legacy systems and classical ICT services, the transition to cloud-based services (including international networks, tailored infrastructure, platforms and software) as well as new business models and innovation projects in the Internet of Things.”

Telcos are the gatekeepers of massive amounts of data; which is only set to increase further as IoT deployments pick up pace. A forecast from IDC last year estimates that there will be 41.6 billion connected IoT devices generating 79.4 zettabytes (ZB) of data in 2025.

Blockchains offer security and trust, but smart contracts often require outside data – which is where oracles come in.

Chainlink is by far the largest oracle provider in blockchain and has partnerships with major companies such as Google and Oracle, and almost all of the major blockchains. With very few competitors, Chainlink’s valuation is growing considerably as many only see the project failing if the entire smart contract industry collapses (which, given the monumental growth in decentralised finance, seems unlikely.)

“Chainlink is the first public blockchain network to which we are currently providing infrastructure and will provide staking services in the future. This brings us a lot closer to our vision of establishing public blockchains as the basis for numerous use-cases,” says Dr. Andreas Dittrich, Head of Blockchain Solutions Center of T-Systems Multimedia Solutions.

After decentralised finance, it’s likely blockchain will find extensive use in the IoT as a means of exchanging data in a trusted manner. At a guess, it’s Chainlink’s relatively untapped IoT potential which has captured T-Systems’ interest.

“This ‘oracle problem’ has been extremely pronounced in various use-cases (e.g. supply chain), where even though the blockchain is a tamper-proof environment for processing the smart contract, the off-chain data triggering it can be manipulated.

Deutsche Telekom, Europe’s largest operator by revenue, has been among the most active in exploring the vast potential for blockchain in telecoms. Last year, the telco even launched a blockchain professorship at CODE University of Applied Sciences.

Blockchain has enormous potential within the telecoms industry, and we look forward to seeing it develop over the coming years.