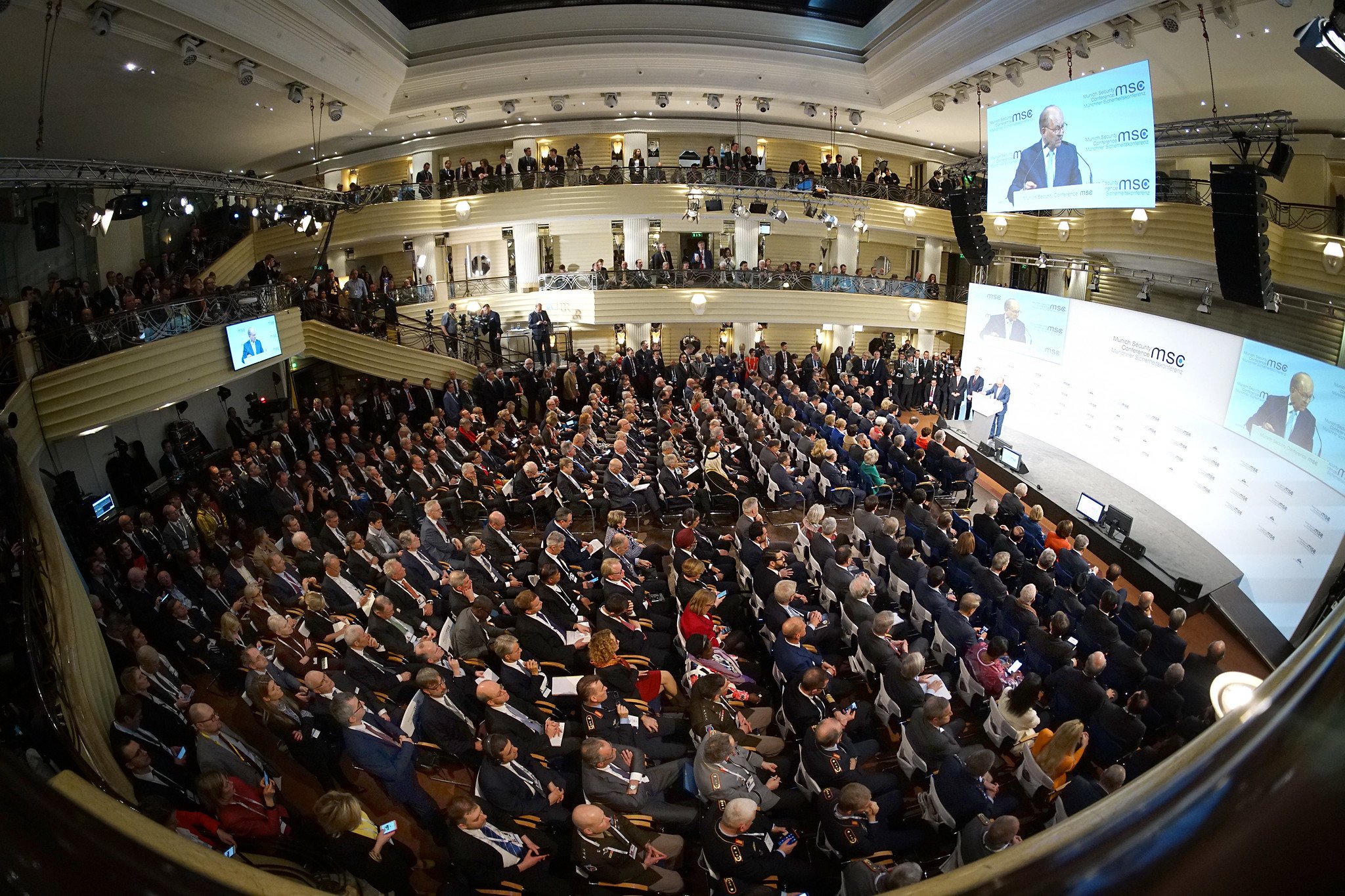 By Ryan Daws | 17th February 2020 | TechForge Media
Categories: 5G, China, Connectivity, Government, Industry, Infrastructure, Mobile, N America, Networks, Security, Surveillance, Wireless,
Ryan is an editor at TechForge Media with over a decade of experience covering the latest technology and interviewing leading industry figures. He can often be sighted at tech conferences with a strong coffee in one hand and a laptop in the other. If it's geeky, he’s probably into it. Find him on Twitter: @Gadget_Ry

A bipartisan US delegation voiced their concerns about Chinese telecoms vendor Huawei during this year's Munich Security Conference.

Secretary of State Mike Pompeo claimed that Huawei, and other firms backed by Beijing, are "trojan horses for Chinese intelligence". Meanwhile, Defense Secretary Mark Esper said China is conducting a “nefarious strategy” through companies like Huawei.

But it’s not just Republicans voicing their concerns about Huawei. From the other side of the House, Republican Speaker Nancy Pelosi said the use of Chinese telecoms equipment would be “choosing autocracy over democracy” and “putting the state police in the pocket of every consumer in these countries”.

Pelosi called on the US’ allies to help build a true alternative to rival Huawei’s dominance and help prevent “a sinofication of the information highway” whereby non-Chinese societies come under the influence of Chinese culture.

During the same conference, China’s Foreign Minister Wang Yi hit back saying: “The root cause of all these problems and issues is that the US does not want to see rapid development and rejuvenation of China, still less would they want to accept the success of a socialist country – but that is not fair, China has the right to develop.”

Last week, the US Department of Justice announced that it was charging Huawei and its subsidiaries on charges of racketeering and conspiracy to steal trade secrets.

US officials have long maintained that Huawei poses a national security threat and has urged its allies to ban the vendor’s equipment. As global 5G rollouts accelerate, this pressure has only increased.

Last month, the UK announced it will be allowing Huawei to have a “limited role” in national 5G networks following a comprehensive security review. Huawei’s equipment cannot be used in any more than 35 percent in the periphery of a network or in any sensitive areas like military bases or nuclear plants.

Ahead of the decision, US security officials issued their British counterparts with a dossier highlighting their perceived risks of using Huawei equipment. The UK’s decision was said to have been the catalyst for President Trump reportedly hanging up on British Prime Minister Boris Johnson in an "apoplectic" call.

The UK government was said to have been irritated by President Trump’s failure to suggest an alternative to the use of Huawei’s equipment. In a release detailing the call, the UK government said Johnson "underlined the importance of like-minded countries working together to diversify the market and break the dominance of a small number of companies."

Johnson has since delayed a planned trip to the US, along with several other countries, reportedly to focus on his domestic agenda of “levelling up” Britain. While many new British PM’s often use the early days of their premiership to globe-trot, Johnson has ordered his travel plans to be kept to a minimum and has sent Foreign Secretary Dominic Raab in his place to countries such as Australia and Japan where the UK is targeting early post-Brexit trade deals.

The decision may yet further anger the Trump administration who are said to be keen to sign a trade deal with the UK ahead of the presidential elections in November. A trade deal would be seen as a huge win ahead of Trump’s campaign as it has the potential to vastly increase the economic benefits between the two countries which are already one another’s biggest investors and large trade partners even without a bespoke deal.