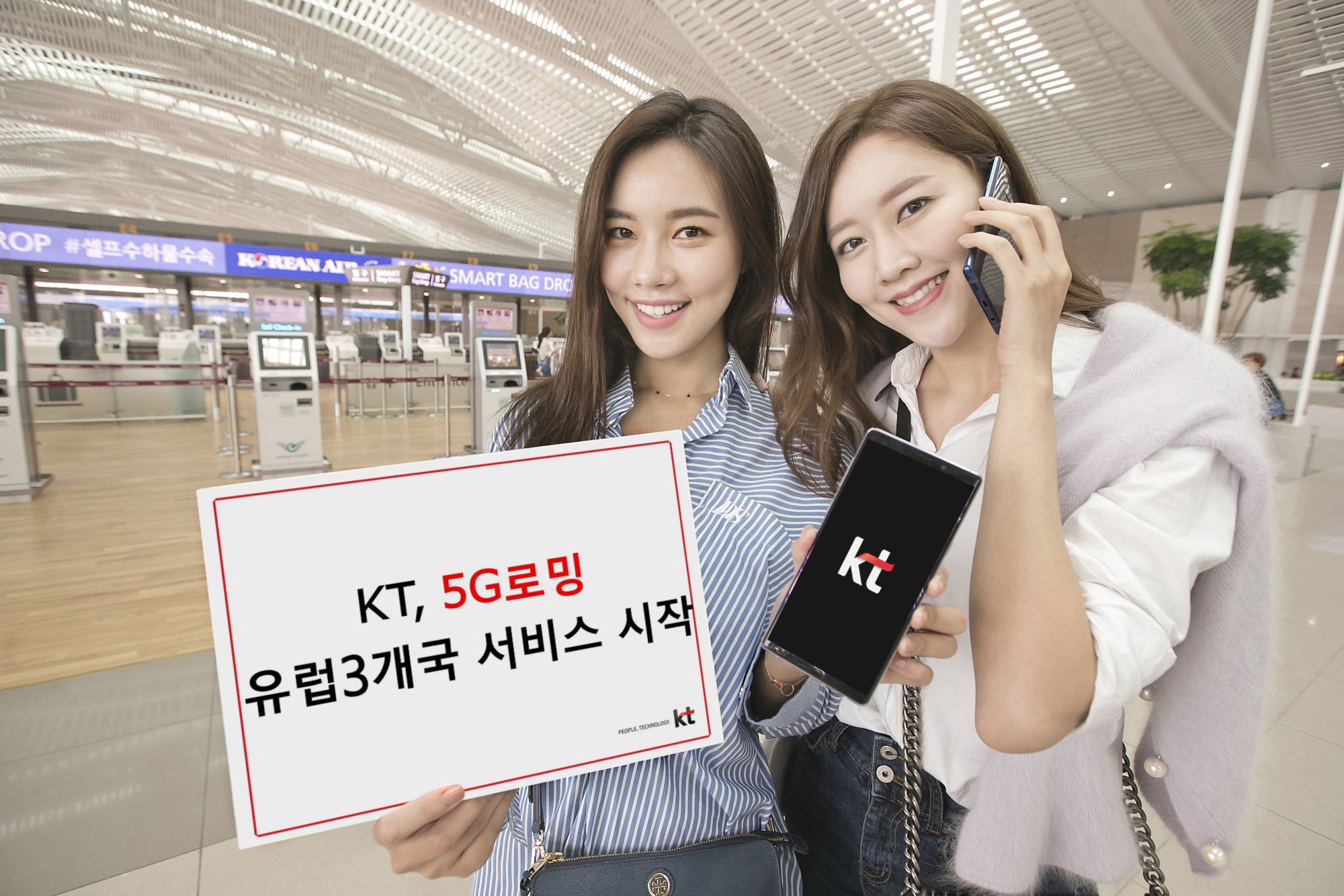 South Korean telecom firm KT has entered into roaming agreements with Italy’s TIM, Switzerland’s Sunrise, and Finland’s Elisa, which would allow the company’s 5G subscribers to use the 5G networks provided by the three European operators.

KT, which has standing agreements with operators in 185 countries for 3G and LTE roaming, is now planning to extend those contracts to 5G as soon as 5G services go live in those countries. Before signing the agreements with the three European nations, the South Korean telecom company had a similar agreement with China Mobile – though services have not been launched yet.

The price for customers during the 5G launch would be KRW 55,000 (£37) per month and will have 8GB roaming data internationally. Subscribers paying KRW 80,000 (£54) per month will enjoy unlimited roaming data. Customers in the premium category will pay KRW 130,000 (£87) per month to enjoy an increased speed limit.

KT’s 5G subscriber base has surpassed the one million mark in just five months after launching the next-generation technology. Moreover, KT is not the only South Korean operator to have formed 5G roaming partnerships and have a million subscribers. A month prior to KT’s 5G launch, SK Telecom, which partnered with Switzerland-based Swisscom in July, was KT’s local counterpart to hit the one million 5G subscribers milestone.

"We will continue to expand our service to other travel destinations."

Only those KT users with the Samsung Galaxy S10 5G will be able to benefit from the roaming facility while travelling to Europe. However, KT will be extending the 5G service to other devices soon.