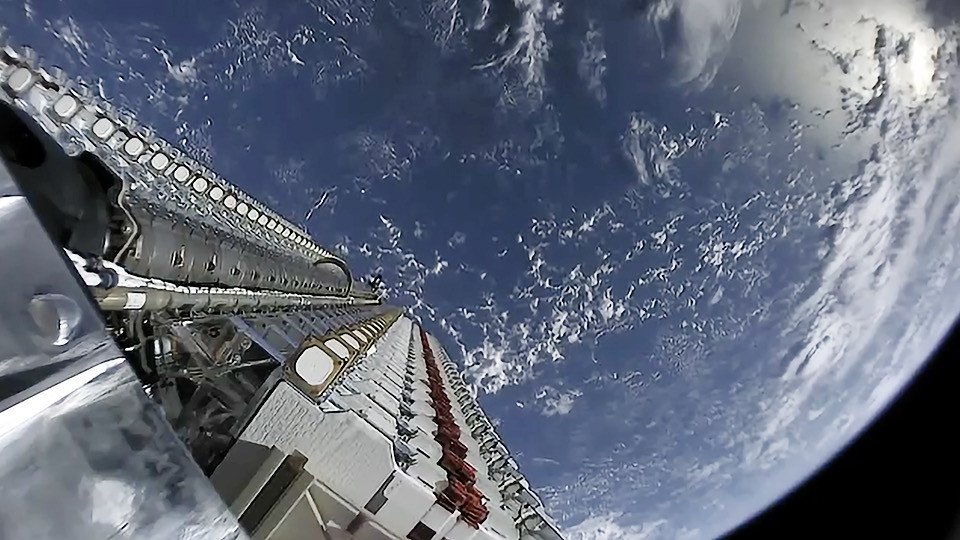 By Ryan Daws | 11th November 2019 | TechForge Media
Editor at TechForge Media. Often sighted at global tech conferences with a coffee in one hand and laptop in the other. If it's geeky, I'm probably into it.

SpaceX has successfully launched 60 improved Starlink satellites which pack a number of upgrades.

The main addition is increased spectrum capacity for end-users by making full use of the Ka- and Ku-bands. SpaceX's initial 60 satellites only supported Ku-band antennas.

Another change, aimed at quelling fears about space junk, is that more components of each satellite will burn up entirely in Earth's atmosphere at the end of their life.

With the original batch of satellites, SpaceX promised 95 percent of the satellites would burn up after they've finished their missions. The new components should help to further reduce any debris.

In a press kit, SpaceX wrote:

“Since the most recent launch of Starlink satellites in May, SpaceX has increased spectrum capacity for the end-user through upgrades in design that maximise the use of both Ka- and Ku-bands.

Additionally, components of each satellite are 100% demisable and will quickly burn up in Earth’s atmosphere at the end of their life cycle — a measure that exceeds all current safety standards.”

SpaceX is once again using ion thrusters for the satellites in order to perform in-orbit manoeuvres.

Astronomers have complained that SpaceX's satellites are reflecting more sunlight than expected and may affect scientific observations. Some have been said to shine as bright as stars.

In June, the Royal Astronomical Society said the vast number of satellites proposed by the likes of SpaceX, Amazon, OneWeb, and others “presents a challenge to ground-based astronomy.”

“The deployed networks could make it much harder to obtain images of the sky without the streaks associated with satellites, and thus compromise astronomical research,” the society said in a statement.

SpaceX has partnered with the National Radio Astronomy Observatory and leading astronomy groups around the world to learn how changes can be made to reduce the impact of Starlink satellites.

Engineers at SpaceX are working to make the bases of future Starlink satellites black to help mitigate the reflection issue when observed from Earth. However, the change hasn't been implemented for this latest Starlink batch.

That means, if you have clear skies, you may still see the satellites pass overhead in a train-like formation just like the last launch.

Each satellite weighs around 260kg (573lbs) and will combine to create SpaceX's heaviest payload. They'll be stacked in the Falcon 9’s upper compartment, nearly filling the rocket’s usable payload volume.