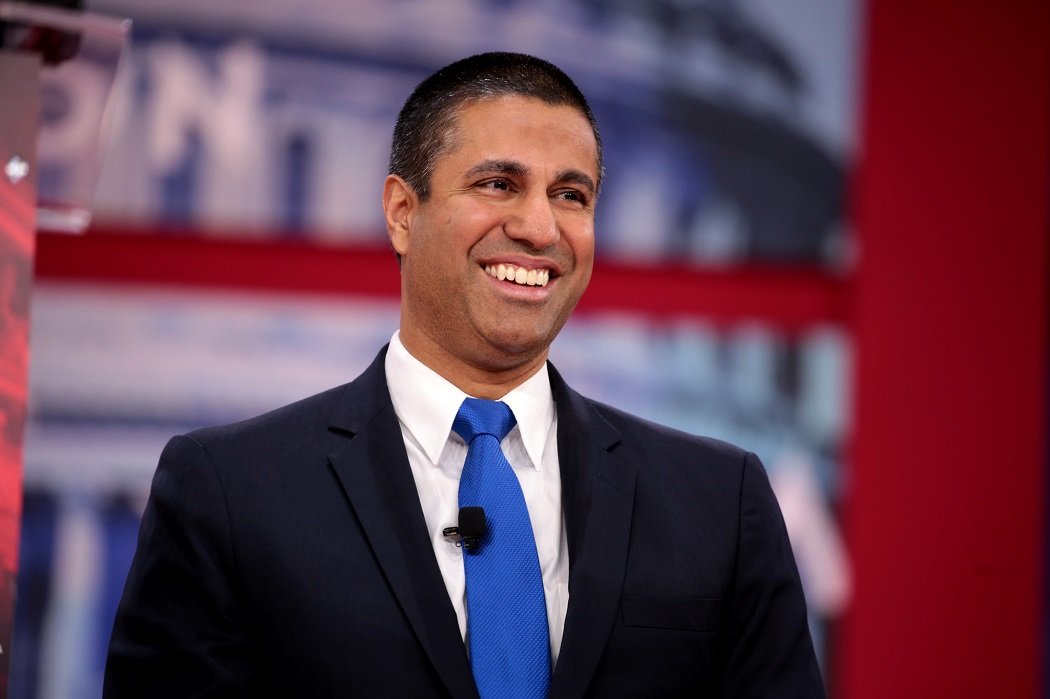 By Ryan Daws | 21st May 2019 | TechForge Media
Categories: 5G, Connectivity, Consumers, Government, Industry, Infrastructure, Mobile, N America, Networks, Operators, Regulation, Wireless,
Ryan is an editor at TechForge Media with over a decade of experience covering the latest technology and interviewing leading industry figures. He can often be sighted at tech conferences with a strong coffee in one hand and a laptop in the other. If it's geeky, he’s probably into it. Find him on Twitter: @Gadget_Ry

A proposed merger between T-Mobile and Sprint has taken a leap closer to reality as FCC Chairman Ajit Pai gives his backing.

The $26.5 billion merger proposal would result in the combined entity having a similar number of subscribers to AT&T and Verizon. As the 5G rollout picks up pace, the pair argues this will enable them to be more competitive and speed up deployments.

Opponents of the deal are concerned that reducing the number of major US operators to just three will be harmful to competition. Such a reduction has the potential to drive up consumer prices and reduce the need for innovation.

One proposal is to freeze consumer prices for three years, but CEO John Legere resisted calls for an extension to four or five years during a House Judiciary Committee in March. As part of its $85 billion deal to acquire Time Warner, AT&T agreed to freeze its prices for seven years.

In another bid to woo regulators, T-Mobile pledged the combined entity would take on ‘the cableopoly’ of US broadband providers. The FCC is keen to improve rural broadband access, which T-Mobile claims it would be able to do.

Congress has set aside $600 million for its ‘ReConnect Program’ which aims to provide high-speed internet to underserved areas. A T-Mobile filing to regulators notes the operator, or Sprint, would be unable to deliver a 5G-based home broadband alternative by itself.

Such proposals were vital in winning over Pai’s support. The FCC chairman said he supported the deal because the two companies promised to expand mobile internet access in rural areas and roll out 5G.

While a leap in the right direction for T-Mobile and Sprint, further hurdles remain. Three Republican and two Democrat commissioners must still vote, and the Justice Department must clear the deal. State attorney generals may also seek to block the merger.

Back in February, Democrats demanded an explanation for why T-Mobile executives pushing for a Sprint merger approval spent 52 nights in a Trump hotel.

Senator Elizabeth Warren of Massachusetts and Representative Pramila Jayapal of Washington State issued letters demanding information about the stays and whether the president was aware.