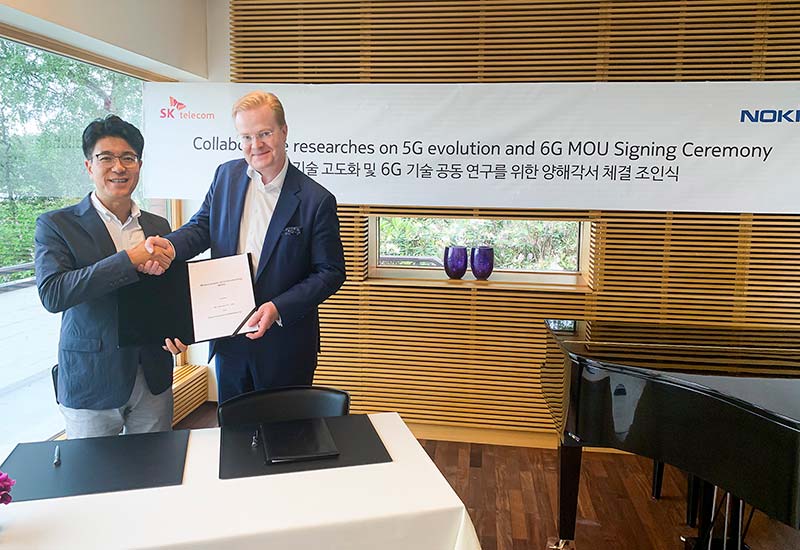 By Ryan Daws | 17th June 2019 | TechForge Media
Categories: 6G, Networks, Operators, Research, Telecoms,
Ryan is an editor at TechForge Media with over a decade of experience covering the latest technology and interviewing leading industry figures. He can often be sighted at tech conferences with a strong coffee in one hand and a laptop in the other. If it's geeky, he’s probably into it. Find him on Twitter: @Gadget_Ry

Rival vendors Nokia and Ericsson are setting aside their differences and collaborating with SK Telecom on 6G research.

The rollout of 5G is just gaining traction but already some are looking at what shape the next generation might take.

“Collaboration between companies like this will be important as the technology and standard for 6G networks is yet to be clearly defined,” SK Telecom said.

SK Telecom has established itself as one of the world’s most pioneering operators. While somewhat disputed, SK Telecom is thought to have switched on the world’s first commercial 5G network alongside rival South Korean telco KT.

A partnership between such an innovative operator and two of the leading telecoms equipment manufacturers is a collaboration worth keeping an eye on.

“The current team on telecommunications technology standards has been expanded to start leading research on the 6G network,” a Samsung spokesperson told The Korea Herald.

Experts predict speeds of around 1Tbps from 6G. While few applications require such blistering speeds today, who knows what’s going to be needed in around six years (given the approximate gap between 4G and 5G).

As a fairly minor player in 5G networks, it’s likely Samsung hoped to get ahead of its larger vendors with its early 6G research. However, with today’s announcement, it seems Nokia and Ericsson aren’t ready to give up their crowns.