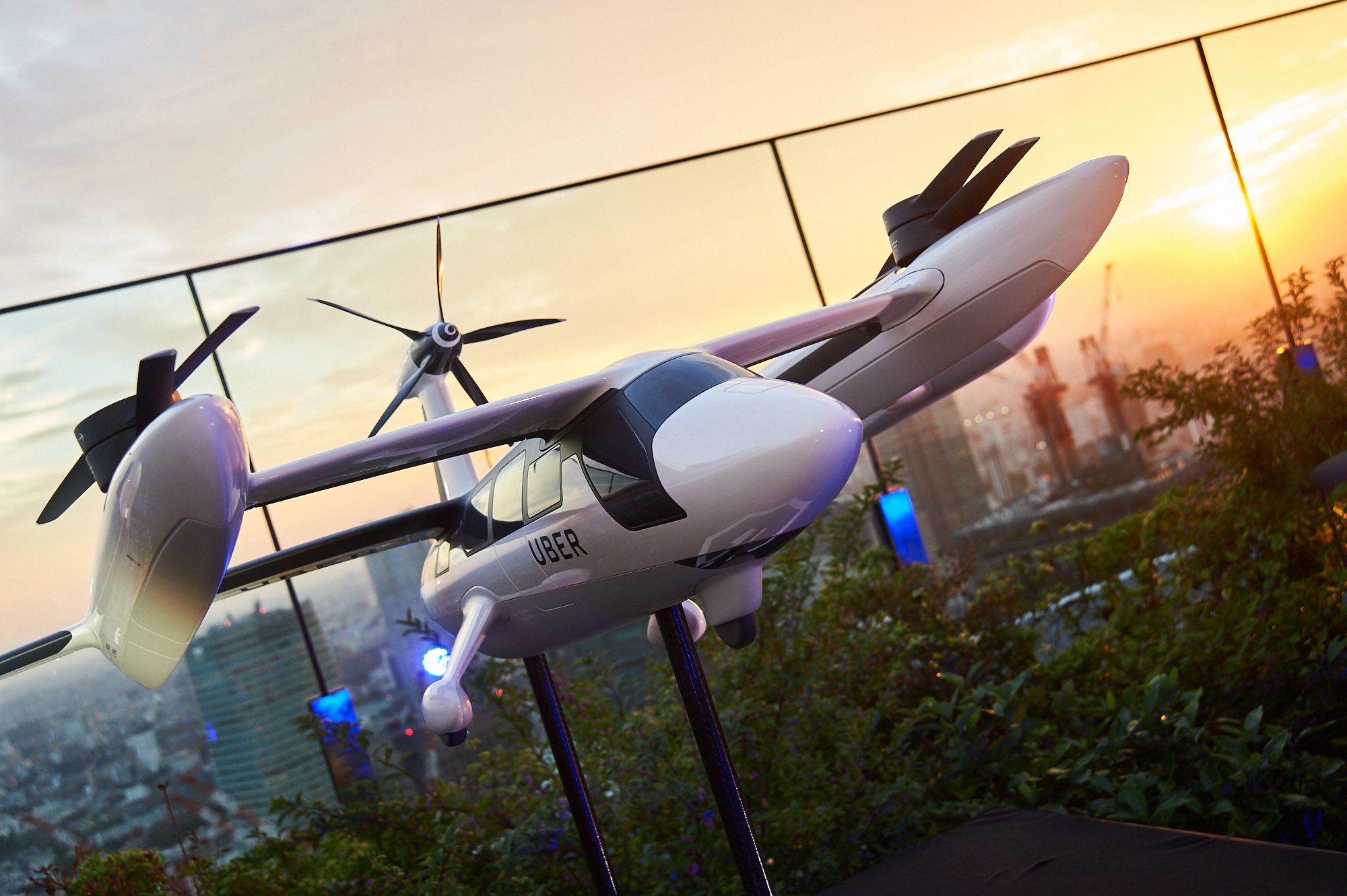 By Ryan Daws | 12th June 2019 | TechForge Media
Categories: 5G, Innovation, IoT, N America, Networks, Operators, Smart Cities, Wireless,
Ryan is an editor at TechForge Media with over a decade of experience covering the latest technology and interviewing leading industry figures. He can often be sighted at tech conferences with a strong coffee in one hand and a laptop in the other. If it's geeky, he’s probably into it. Find him on Twitter: @Gadget_Ry

Uber has been working on electric vertical take-off and landing vehicles (eVTOLs) for some time as part of its UberAir initiative. The ride-hailing giant’s partnership with AT&T will ensure the future taxis have access to a reliable 5G network.

The commercial launch for UberAir is being planned for 2023. Initial launch cities will include Los Angeles and Dallas Fort Worth in the US, while Melbourne, Australia is set to be Uber’s first international city.

Flights are being scheduled for testing starting next year. Passengers will be shuttled across a network of rooftop landing pads called Skyports. Uber believes its air taxis will reduce congestion and cut journeys typically up to an hour to just 10 minutes.

AT&T will also provide connectivity for Uber Copter, the Manhattan-to-JFK helicopter-based service that’s launching in New York next month. Using the app, a user can input where they want to go and by what time. Uber will then coordinate ground transport on both sides and ensure the helicopter is ready to go so the user reaches their destination on time.

In the future, network slicing could be used to ensure Uber’s connectivity is separated from other users and not subject to congestion.

Uber joins a number of companies developing air taxis including the likes of Lilium and Volocopter.

Earlier today, Lilium announced it’s setting up a base in the UK – with high-profile hires including former Airbus exec Luca Benassi, and JustEat’s ex-CTO Carlos Morgado – to develop its air taxi software.

Airbus itself has said it will begin testing its CityAirbus air taxi in Bavaria this summer.