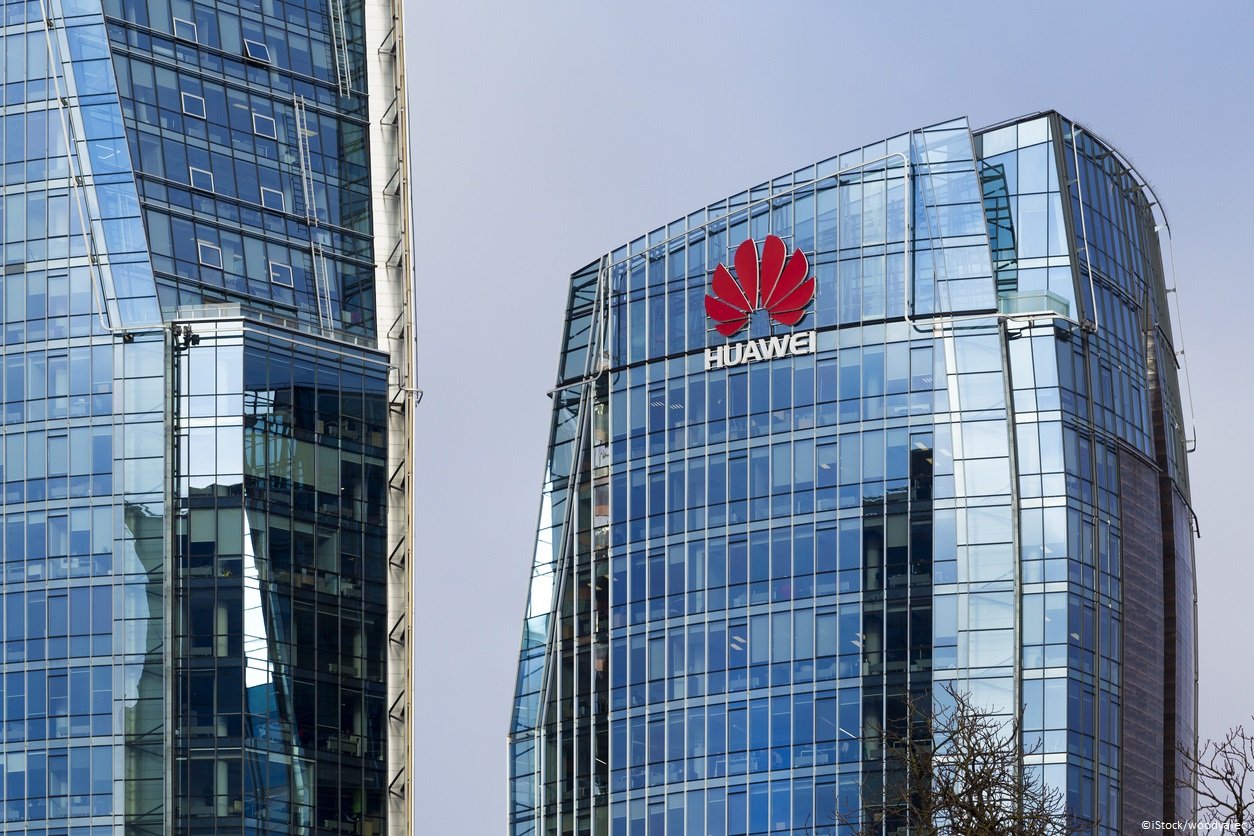 By Ryan Daws | 8th July 2019 | TechForge Media
Categories: China, Europe, Government, Industry, Infrastructure, Mobile, N America, Networks, Operators, Security,
Ryan is an editor at TechForge Media with over a decade of experience covering the latest technology and interviewing leading industry figures. He can often be sighted at tech conferences with a strong coffee in one hand and a laptop in the other. If it's geeky, he’s probably into it. Find him on Twitter: @Gadget_Ry

A report highlighting that all of the UK’s operators are using Huawei equipment shows just how disruptive a ban would be.

The report, from The Observer, found Huawei is involved in building the 5G stations in six of the seven cities in the UK where Vodafone has launched its latest network. Furthermore, Huawei is building “hundreds of 5G sites for EE” and has already won contracts with Three and O2. 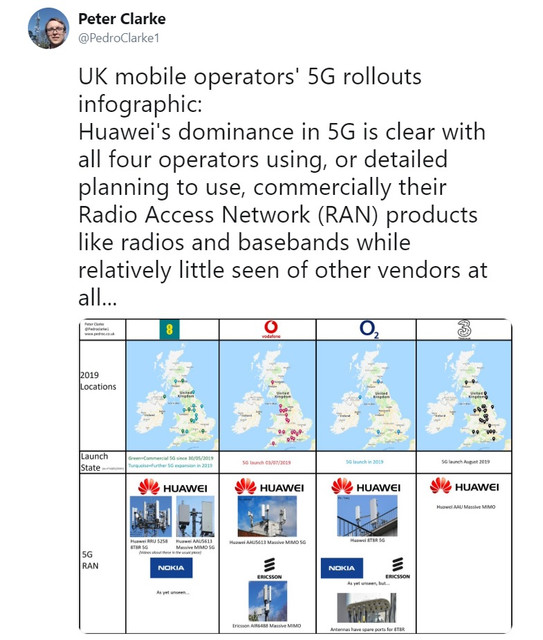 Whether to ban Huawei or not has become a contentious issue, even more so with the UK in the midst of a political leadership race.

Operators such as Vodafone and Three have lobbied against banning Huawei due to existing use of the vendor’s equipment. They argue it would be costly to replace Huawei equipment while also causing a significant delay in the rollout of 5G services.

"We've already started to deploy equipment for when we launch 5G in the second half of the year," said Three CEO David Dyson. "So if we had to change vendor now, we would take a big step backwards and probably cause a delay of 12 to 18 months."

The pressure to ban the Chinese vendor is being led by the US. During a brief visit to the UK, US secretary of state Mike Pompeo threatened to reduce security cooperation if a  Huawei ban wasn’t implemented.

“Insufficient security will impede the United States’ ability to share certain information within trusted networks,” said Pompeo. “This is just what China wants – to divide Western alliances through bits and bytes, not bullets and bombs.”

As the US’ closest ally, eyes have been focused on the UK for its response.

So far, the UK’s official position is that any decision will be based on its own reviews over whether Huawei poses a national security threat as claimed.

Huawei has been involved with UK mobile networks for many years and several generations. Concerns of potential influence from the Chinese state have been kept in check through checking equipment at the Huawei Cyber Security Evaluation Centre (HCSEC) in Banbury.

Until last year, HCSEC reported it felt confident that security risks could be sufficiently mitigated. HCSEC could no longer offer assurances after finding multiple concerns, primarily to do with Huawei’s manufacturing processes.

A follow-up report this year slammed Huawei as being slow to address concerns.

The latest report noted that “no material progress has been made by Huawei in the remediation of the issues reported last year, making it inappropriate to change the level of assurance from last year or to make any comment on potential future levels of assurance.”

More concerning, however, is the report highlights that further significant technical issues have been identified which pose new risks to UK telecoms networks.

“There is certainly the possibility of a delay in the process of the rollout of 5G,” commented Wright. “If you want to do 5G fastest then you do that without any consideration for security.”

There’s little hiding from the economic hit that a ban will cause, estimated to be anywhere between £4.5 billion and £6.8 billion. The UK would also lose its current European leadership in 5G.