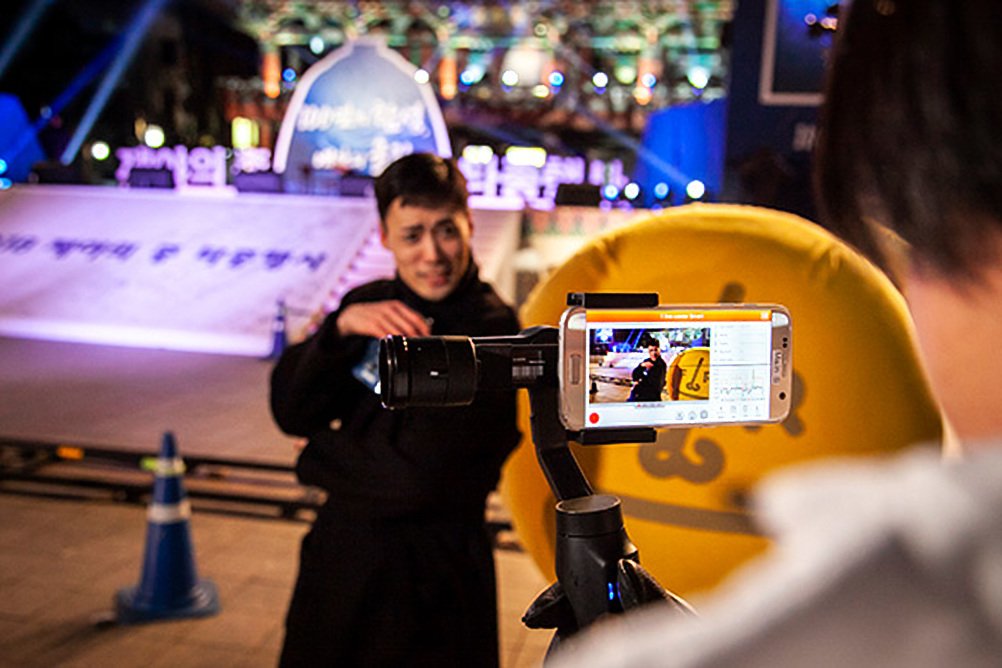 By Ryan Daws | 3rd January 2019 | TechForge Media
Categories: 5G, Broadcast, Connectivity, Industry, Innovation, Mobile, Networks,
Ryan is an editor at TechForge Media with over a decade of experience covering the latest technology and interviewing leading industry figures. He can often be sighted at tech conferences with a strong coffee in one hand and a laptop in the other. If it's geeky, he’s probably into it. Find him on Twitter: @Gadget_Ry

SK Telecom has achieved yet another historic first after conducting a live TV broadcast over a commercial 5G network.

The largest mobile network in South Korea broadcasted the country’s new year celebrations. In addition to a countdown, interviews were conducted at the historic Bosingak bell pavilion.

Bosingak was first used during the Joseon Dynasty in 1619 to mark the opening of the gates to start each day, and the subsequent closing at the end. It’s an important part of South Korean history and people gather at the bell to ring in a new year.

In this new era, individual creators will be able to provide high-quality live broadcast anytime, anywhere, via 5G smartphones."

The 5G broadcast lasted for around eleven minutes and was streamed live on the XtvN entertainment channel at 00:00 (Korean Standard Time) on January 1st, 2019.

SK Telecom’s broadcast was deemed a success. High-quality video was streamed with under a second latency despite broadcast from an extremely congested environment.