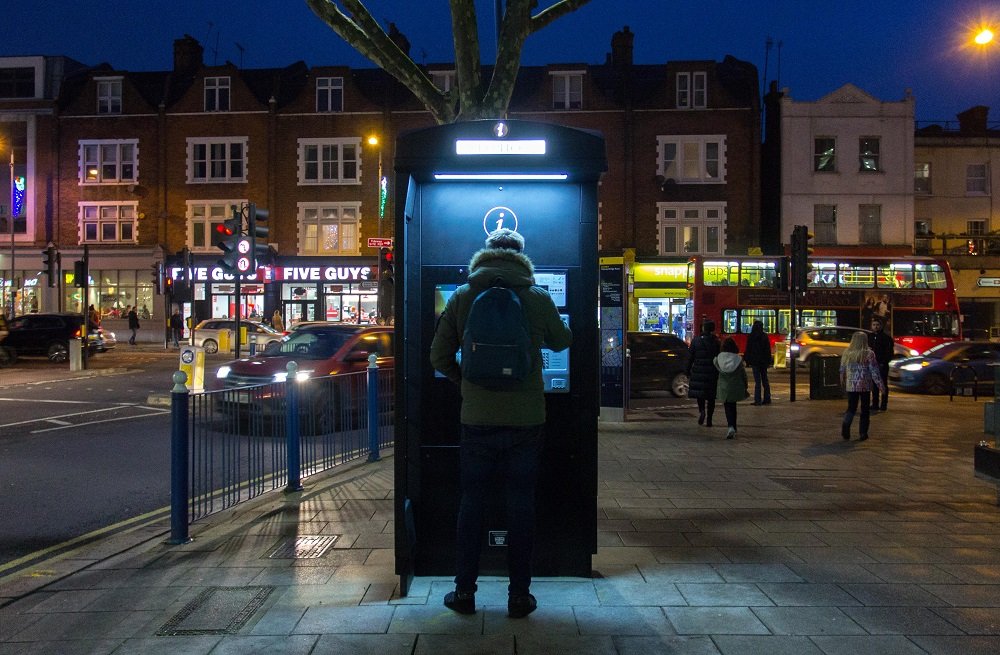 The original ‘K2’ red phone boxes are something of an icon, but they’ve become decaying relics of a time which the smartphone generation won’t remember. New World Payphones are updating the humble red phone box with features that suit our modern lives.

New World Payphones own among the biggest fleets of payphones in the UK. They first started to appear on the streets of London in August 1996 and by September of the following year, the network had grown to 500. By the beginning of 1999, that figure had more than doubled to 1,200 public phone booths.

Retaining the iconic K2 phone box design created by Sir Giles Gilbert Scott in 1924, the updated boxes will benefit from a high-speed WiFi connection provided by Virgin Media and help to improve UK connectivity. They will also contain a touchscreen for access to local services and digital advertising screens to generate new revenue opportunities.

Professor Nigel Linge of the University of Salford’s telecommunication programme said: “Our communication needs are always evolving. This model meets the demand for enabling modern communication while keeping one foot in the past with a design steeped in history. It is a technological and aesthetically-pleasing success and will ensure that phone boxes will retain their ubiquitous presence on our high streets for years to come.”

Produced in Bolton at Lord Alan Sugar’s Amscreen company, 100 phone boxes have already been deployed in the following boroughs:

While the current boxes all reside within the vicinity of London, TelecomsTech has been assured there are plans to roll-out a further 500 nationwide before the year’s end.

“I view the UK manufacturing industry in the highest regard. It has always been the global standard bearer for quality and I’m proud to see Amscreen continue this tradition with a project of this scale,” said Lord Sugar. “I am confident that our digital signage expertise, combined with the vision of New World Payphones and the high-grade technology provided by Virgin Media, has helped create a new entry into our national phone box collection and one that could become as iconic as the famous K2 design.”

To prevent the abandoned looks of older phone boxes, revenue generated will be used to carry out weekly maintenance (four times more often than current.) Furthermore, New World Payphones has pledged to plant a tree in a local urban area for every phone box they upgrade as part of a partnership with charity Trees for Cities.

“We’re delighted to be officially launching our phone box for the 21st century. These new phone boxes provide a host of benefits to the public including telephone, WiFi, and local area information,” said Justin Cochrane, CEO of Clear Channel UK, the owner of New World Payphones. “This launch will see us declutter high streets and plant hundreds of trees in urban areas while providing a timely boost for British manufacturing.”

Are you impressed with the new phone boxes? Share your thoughts in the comments.