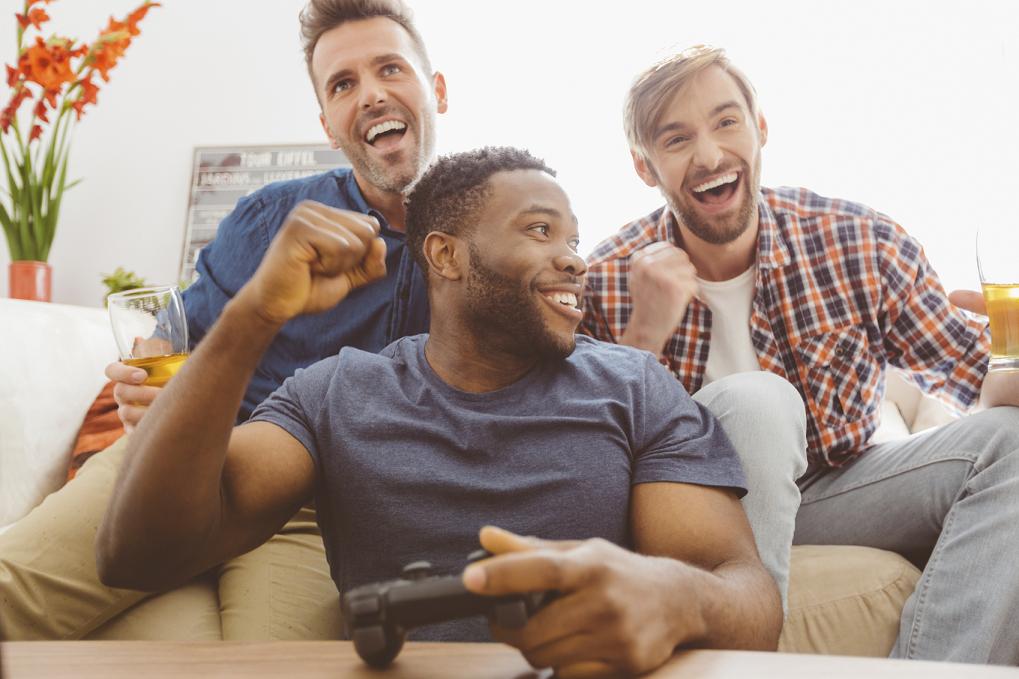 During a panel at Mobile World Congress, four high-profile representatives in gaming spoke about how eSports has taken off in recent years, and how it’s affecting traditional TV.

For some people, watching games has become their new TV experience. Even gamers who do not purchase a title can watch it online; similar to how someone who does not play football could still watch their favourite team. “What we’re seeing is even the guys watching our events and tournaments do not play the game anymore. For them, it’s their traditional TV experience. We’re seeing an average per user view time of around 80 mins per day, over three sessions, for Counter Strike alone,” says Mogk.

The amount of people who live stream a game but do not play it themselves is fascinating, and fact-checked by Warman who confirms “When researched, 40% of the frequent viewers of big game titles don’t play that game – they’re viewing because of the excitement, and the moment. The moment is very important, because that’s what people share.”

Sharing of moments, as mentioned earlier by Warman, is an important aspect of sports; with many traditional sports fans visiting stadiums, or having friends around whoever has the biggest TV to share that excitement together. Although eSports isn’t widely-available on broadcast TV, the rise of smart TVs and connected devices allow for easier access to services like Twitch than ever before, and often for free unlike the expensive sports packages required for accessing traditional sports.

The rise of eSports is also spawning bigger events around it where thousands of people now attend events like ESL One to watch professionals gaming live with all the atmosphere of a large sporting event. In the UK last year, the first dedicated eSports arena launched in partnership with Gfinity with over $500,000 (£360,000) worth of prizes.

“In League of Legends, over half of people aren’t even active players. That’s astounding, and if you think about the amount of time global competitive gaming has existed, the time it took to get to that point was much shorter than professional basketball, soccer… which took decades. In competitive gaming, that took around five years to get global scope,” says Kim

“For more perspective – the NBA finals, Warriors vs Cavaliers, attracted 11.6 million viewers. In the World Series, Kansas City Royals, that game was 17.2 million. League of Legends, during the world championships in Berlin, attracted 35 million viewers. One PC game alone, in a final, attracted more viewers than professional baseball and basketball. Super Bowl has 114 million, but the fact it’s already surpassed two of the biggest sports in the US shows where the potential is.”

Most traditional sports require a high-level of understanding to know the rules and what’s going on; which is a barrier to entry. eSports offers more variety, as Lee explains: “Let’s say you’re not a poker player, and there’s a poker championship going on, you probably don’t understand what’s going on so it’s not that fun for you.”

“From a game content perspective, there’s going to be content which is more or less accessible to a mobile audience. League of Legends is very fast-paced and requires a level of understanding about the rules of engagement for you to understand and enjoy the drama and excitement around that experience. Our titles, which are battles around tanks, are more intuitive like you’re watching a scene from Pearl Harbor or Saving Private Ryan. On a relative scale, it makes it more entertaining for a non-gaming audience.”

Different platforms attract different viewers, and streamers. Console gamers and owners of high-end gaming PCs are more hardcore gamers who have invested specifically in their hobby, whereas mobile gamers could have bought a smartphone or tablet for the applications first and could be trying gaming because they can.

“PC and console lend themselves to a lot more involved players. To play any of these games, at least at high level, requires a $2k – $3k PC gaming machine. If you want to stream it, then you need a capture card and complicated set-up. For me right now, competitive gaming is actually a luxury sport and there’s very high barriers to entry,” says Kim.

“What’s really cool is that when you get to mobile, you’ve leveled the playing-field. If you enable people to play these games at such a high-level from mobile, and be able to stream at the same time all on the one device, that gets very interesting. There’s already 2.1 billion mobile devices out there, and it’s rapidly growing. In terms of the number of PCs there’s around 700 – 800 million, but in terms of gaming PCs there’s only 10-20% of that.”

Mobile is an interesting subject, because the impact that it’s having on gaming is staggering. You hear game developers touting “console quality” a lot, but mobile GPUs have overtaken the performance of previous generation consoles and will overtake this generation by next year going by their current traction. This performance advantage, plus the debut of new interaction technologies such as VR, should be a concern to console manufacturers as DeveloperTech posted in an opinion article last week. “The console market needs to understand the very real threat mobile titles are bringing to the market,” Lee agrees.

However, at the moment few mobile games have the competitive eSports component of PC and console titles. There are games like mobile-only MOBA hit Vainglory which are looking to change this, but for now they do not have anywhere near the viewing figures of their console and PC equivalents. “When it comes to mobile games, there’s more of the ‘Let’s play’ approach and not the eSports component behind it,” says Mogk.

With games now receiving budgets often bigger than Hollywood blockbusters, the level of story and polish they deliver are reaching the level of movies. Kim explains: “Some of these games are so immersive it’s almost playing a movie. People will sit through ‘Uncharted’ or ‘The Last of Us’ and enjoy the story itself and those characters; that content is highly-streamable and enjoyable to watch.”

As with any social activity, conversation is often core to enhancing the experience. Most streaming platforms allow you to comment on the action; sometimes allowing the viewer to influence what’s happening on the stream. TV of the past has been mostly a one-way experience; two-way engagement means you’re adding a new layer of depth.

Millennials in particular are watching less broadcast TV and more content via on-demand and live streaming platforms. For advertisers, millennials are important to reach because they often influence purchase decisions. In order to reach this generation, advertisers have started to put large amounts of cash into streaming platforms and supporting eSports.

Advertising isn’t the only business model for developers, as Lee explains: “From our perspective, I think we’re just scratching the surface of the various monetisation opportunities around these brands and worlds that we create. Advertising is an obvious choice, but for those of us who do free-to-play games or games-as-a-service there’s various ways to monetise within the game itself. There’s a whole suite of merchandising, video creation, books, comics, you don’t have to look too far.”

On video creation, Warman adds his thoughts: “Gaming originates from being interactive. Minecraft still has more than four billion views per month on YouTube, there’s not even four billion people on the planet at one time on a connection. Already it’s proven that creating video content is able to work very well. The movement the other way round – from traditional media – is they all want to be more interactive.”

What’s particularly impressive with this shift away from broadcast TV is the influence which individuals now have just from playing games online. Some of the biggest stars, like PewDiePie, have over four million subscribers who see their content. Even networks like ESPN do not command this level of influence; which is why everyone is converging on this space from creators, to advertisers, and even publishers like Activision who acquired Major League Gaming in a bid to “become the ESPN of eSports” in a deal worth $46m.

“If marketers power-ranked their most-influential media celebrities, and you looked at top eight, all eight of them are gaming content creators. It’s not Taylor Swift, it’s PewDiePie and those guys. That’s a big sign for brands who have traditionally used these celebrity endorsements to get consumers to buy a lot of their products; this new generation are not going to traditional celebrities anymore,” says Kim.

Along with the uptick in video creation, is an uptick in conversation around media rights and paywalls for the content. Nintendo famously tried getting creators of video content using its games to pay money for the rights, which had a huge backlash from the gaming community and caused them to revert their decision.

When it comes to paywalls, sporting fans in particular are used to Pay-Per-View (PPV) events and expensive subscriptions for access. Mogk says from his experience at ESL that “at some point, for a final, it could work – but at this point it’s all about eyeballs and it would be the wrong decision for everyone to put it behind a paywall.”

Are you surprised at the growth of eSports? Share your thoughts in the comments.

To find out about other events like Mobile World Congress, visit Telecoms Events.