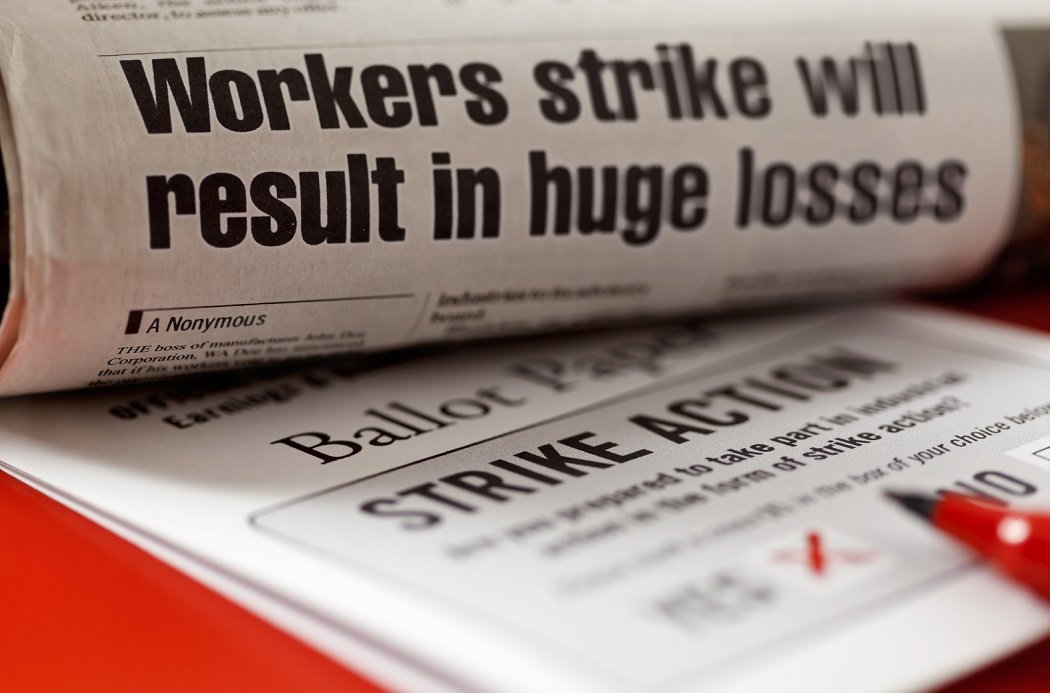 Over 36,000 Verizon employees are due to strike tomorrow over a dispute about contracts, but Verizon has said that it’s “fully prepared” to serve its customers and has been preparing for such an event.

The unions representing the employees — the Communications Workers of America and International Brotherhood of Electrical Workers — say the disputed contracts expired in August 2015 and cover east coast Verizon workers. Both unions have been attempting to secure a “fair contract” for ten months, but the strike will proceed at 6am tomorrow if a fair agreement hasn’t been attained.

“We’re standing up for working families and standing up to Verizon’s corporate greed,” said CWA District 1 Vice President Dennis Trainor. “If a hugely profitable corporation like Verizon can destroy the good family-supporting jobs of highly skilled workers, then no worker in America will be safe from this corporate race to the bottom.”

Verizon made $39 billion in profits over the last three years, so it’s little surprise employees are looking for their cut. The CWA claims Verizon desires to “gut” job security protections, contract out more work, offshore jobs to Mexico, the Philippines and other locations and require technicians to work away from home for as long as two months without seeing their families.

Plans are in place and our company will continue to serve those who rely on us.

Retail workers for Verizon Wireless formed a union in 2014 to negotiate better wages, benefits, and working conditions, but met stiff refusal. If the strike proceeds tomorrow, it will represent the largest work stoppage in the country “by far” in recent years.

It’s clear that Verizon is aware of the disdain among its workers, as the company has set in place a comprehensive plan to ensure it’s able to cope and service its customers without disruption for even a long period of time. “We do not take strike threats lightly,” said Bob Mudge, president of Verizon’s wireline network operations.  “For more than a year, we’ve been preparing in the event union leaders order our employees to walk off the job.  If a strike takes place, whether it’s one day, two weeks or longer, we are ready.”

Mudge added, “We have trained thousands of non-union Verizon employees to carry out virtually every job function handled by our represented workforce – from making repairs on poles to responding to inquiries in our call centers.  We know the unions’ strike order will be a hardship and pose challenges for our employees, but as a 24×7 customer service company, our contingency plans are in place and our company will continue to serve those who rely on us.”

Verizon claims it approached the negotiations with the goal of preserving jobs and making vital changes to legacy contacts – and pronounced the 36,000 employees covered under these contracts currently have a wage and benefit package that averages more than $130,000 a year.

“A strike in this case is not going to change the issues on the table that need to be addressed,” said Reed.  “Union leaders need to take an honest look at what Verizon is proposing.”

Highlights of the company’s wireline proposal include:

Last month, 20 U.S. Senators sent a letter to Verizon CEO Lowell McAdam calling on him to “act as a responsible corporate citizen and negotiate a fair contract with the employees who make your company’s success possible.”

In 2011, a strike of 45,000 Verizon workers took place which slowed the firm’s operations for two weeks. From an observer perspective, it will be interesting to examine whether Verizon has learned anything from this lesson and whether its new plan fares much better if workers decide to proceed with the strike tomorrow.

What are your thoughts about the Verizon strike? Let us know in the comments.