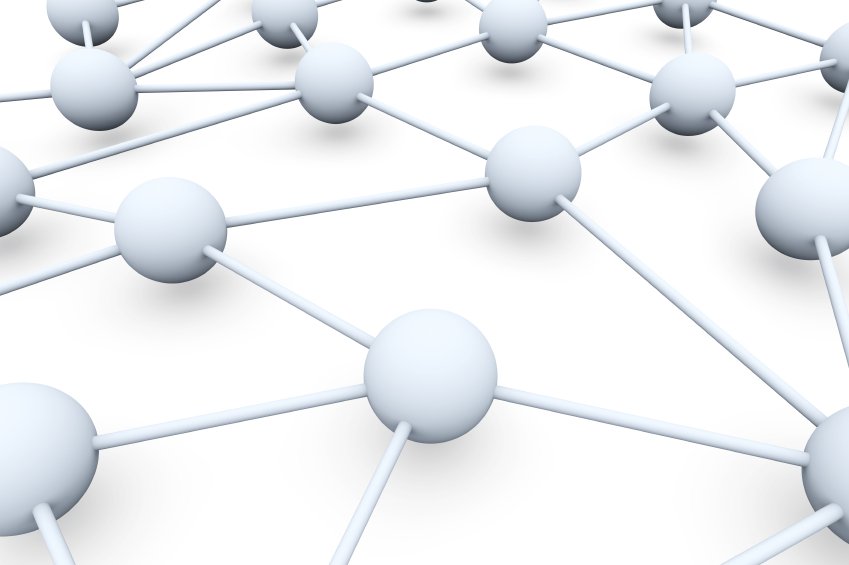 Mobility has been a part of humanity’s desires across cultures for millennia. The ability to chart one’s own destiny – unencumbered – is part of the canon of great ideas upon which democracy and freedom were established in the Western world.

With all that broadband traffic, the private wireless network, at least for business, has emerged as a key infrastructure for accommodating this seemingly unquenchable thirst for bandwidth.

The wireless world is extremely dynamic. Lots of things can interfere with wireless communication – trucks driving by, people moving, etc. Traditionally, the way wireless networks function has resulted in varying degrees of performance.

Kinetic Mesh Networks and their origins in 9/11

Wireless mesh networks, a type of wireless network, are well established. They create large-scale local wireless networks capable of multiple concurrent connections with a lot of redundancy.  But there’s a new type of wireless mesh network – kinetic mesh – that has been achieving momentum and has demonstrated greater adaptability to network changes on-the-fly versus other types of networking.

The technology is not new; it’s been used in some of the most rugged environments to date, specifically in military and mining applications. It can handle movements onto the network or off the network, as well as interference crossing multiple channels – much more adeptly than other networking technologies. It helps keep a network running reliably despite all the variables that wireless networks generally confront.

Wireless mesh networks, under which kinetic mesh is classified, are expected to attain growth of $177.2-million in 2017, an almost 16 percent compound annual growth rate, according to IMS Research.

Kinetic mesh technology emerged as a result of 9/11 and the tragic results that ensued, including the failure of the communications infrastructure that fateful day. Kinetic mesh enables people and organizations to deploy networks into places where communications infrastructure has been destroyed or damaged, or to quickly move networks into places where they never existed. In other words, real-time mobility across the network is achieved.

Since 9/11, kinetic mesh networks have been called upon to support efforts following crippling events.

In 2004, they were used in Thailand after the tsunami that devastated that and other nations. A kinetic mesh network was deployed in relief efforts in Phuket and for digital body identification.

In disaster scenarios, as well as in other types of environments, any communications infrastructure needs to deliver throughput and scalability. The way communications are routed plays an important part in achieving these goals.

Traditional ways of network routing work just fine in a stable environment. But in rugged, dynamic environments, kinetic mesh is increasingly effective where infrastructure devices are constantly on the move.

That’s because a kinetic mesh’s wireless router has extra processing power and solid state memory, which allow it to do edge-processing. This edge-processing can store video and other data, “groom” the data, and enable the data to be consumed directly from the router.

The ability of a kinetic mesh platform to handle changes and process things at the edge give people access to their applications much more quickly.

For example, municipal buses capture video on their routes each day. At the end of a shift, the drivers hand-deliver video hard drives to their bus depot colleagues. With kinetic mesh’s capabilities, the enormous video files can be uploaded wirelessly without human intervention.  The application is automated through edge-processing.

This type of edge-processing also can be used to help bus drivers and railroad engineers in other ways. Nodes embedded into sensors at rail crossings and other places can relay data, including videos to officials several miles from potential hazards, reducing risks of accidents.

In mesh networks, the administrative overhead and traffic to keep the infrastructure up and running grows on a curve as new nodes are added. In other words, as devices join the network, the administration necessary to keep things running consumes available bandwidth. Apps stop working because the overhead is gorging itself on the bandwidth.

A kinetic mesh network keeps overhead low and constant – in spite of the number of nodes added. The different approach in how the network is set up and managed has, in effect, eliminated the problem of curvilinear growth of overhead.

Another important development in the kinetic mesh infrastructure is the ability to automate the wireless network so that non-technical people can easily deploy it.  The administration behind the network has become the de facto computer expert.

And once the problem of making networks relatively easy to set up is solved, there is the prime issue of mobility which has to be addressed.  The kinetic mesh network is in one place, but it needs to be moved to another.  Elements of the network have to be in motion. And the network has to be scalable, too.

In the broadband world, mobility is an expression of the ability to change. Nodes come into range and join the network; other nodes fall out of range and depart the network. Change is a constant in these types of networks.

Think of it this way: It’s unlikely that an organization would allow its computer closet to be opened for just anyone to put things in or take things out. A lot of planning goes into the computers and technology that make their way into that closet.

With kinetic mesh networking, nodes – essentially wireless computers – automatically enter and depart a proverbial moving computer closet. In essence, that computer closet lives in a world outside of a single office – a “Living Network” of sorts.  Think about those nodes on trucks, on people, on aircraft.

Kinetic mesh networks have simplified and automated the ability of those vehicles now connected by those nodes to join the network – and within milliseconds.

In traditional infrastructures, adding a PC to the network means telling the rest of the network that a new device with IP address is entering. It may take a few minutes or a half hour to make the necessary changes and to inform all other computers on the network that a “new guy” has arrived, or left for that matter.

Kinetic mesh networks have taken the complex notion of adding an asset to the network, simplified the process for joining or leaving, and eliminated disruption to other nodes on that network.

What that means for industries like oil and gas

The oil and gas industry is ripe for kinetic mesh networks as a result of the increasing operational and regulatory pressures they face.  Companies in this market space are being exposed to more and more regulation at the state, federal and international levels.  As regulatory requirements increase, it becomes imperative to gather more information about the performance of pumps and valves, to have the knowledge of whether something is leaking into the ground or in the atmosphere, for example.

Such scenarios are driving the need for different types of real-time data analytics coupled with sensor technology, which can deliver voice, data and video for better security and equipment maintenance. In turn, networks have access to sensor information in such a way that it keeps companies not only apprised of what’s going on, but also gives them time to react to what may transpire, be it turning off a valve, opening a valve, speeding up a pump, or reducing pressure. All those actions become possible as a result of sensor information tied to a kinetic mesh network.

Across industries, businesses want to become more efficient in their operations; they want the latest data to make the most informed decisions. However, they must weigh the cost of collecting such information versus the benefit of having it for decision-making.

And not only because the cost of allowing machine to machine communication is dropping but also because of the liability and human cost of misconnections in a network environment.

Ubiquitous connectivity is growing in importance for business. The dependency on our communications infrastructure will grow exponentially and means a renewed focus on reliability and security.

Kinetic mesh networks – adaptable, smart, productive, and dynamic – deliver such reliability and security based on their proven success in rugged environments and their demonstrated abilities to connect people in their never-ending quest to be mobile.

Do you think kinectic mesh networks are important for adaptability? Let us know in the comments.