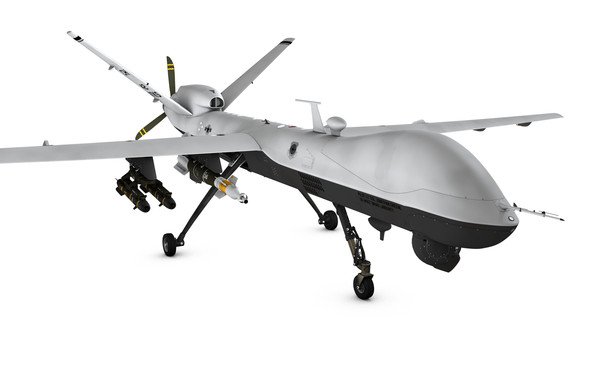 An investigation has revealed the UK’s telecoms infrastructure is playing a key role in supporting the US military network through provision of the core communications backbone used by controversial drone operations overseas.

Human rights experts say the UK’s involvement is the digital equivalent of permitting the US government to launch air strikes from airforce bases in the UK – something which the UK has in the past been criticised for permitting.

The international connection is provided – under contract – by telecoms giant BT. Both the UK government and BT do not deny the existence of the network; but deny any knowledge of how it is being used specifically for military operations.

Legal charity Reprieve made allegations last year the connection is being used for illegal drone strikes on suspected terrorists outside of the usual parameter s of war. A lack of evidence has prevented any attempts to hold BT or the UK government accountable for their actions.

An extensive analysis of public records has, however, now confirmed the UK connection is used by the US military to target these strikes. Reprieve is expected to move forward with further legal action in relation to the involvement.

The UK – US network is part of a communications line known as DISN (Defence Information Systems Network) which went unnoticed through use of various acronyms until unearthed by Reprieve. It forms a fibre connection, by BT, between a US military communications hub at RAF Croughton, Northamptonshire, and Camp Lemonnier.

Camp Lemonnier is based on the Horn of Africa and – according to reports by the BBC and Washington Post – it is the main base for US drone operations against suspected terrorists in Yemen and Somalia. The base, arguably in contrast, also provides extensive humanitarian operations in regards to infrastructure and state-building missions in Africa.

The US Department of Defense (DoD) 2013-2038 Unmanned Systems Roadmap shows drones use DISN for long-range command and control. The 2005 – 2030 Roadmap specifically names ‘Reaper’ and ‘Global Hawk’ as drones which utilise the DISN network.

DISN is secured through use of KG-340 encryption devices. This allows the UK connection to operate at the level of classified communications needed for these purposes and is built to the NSA’s specifications and algorithms – according to manufacturer SafeNET.

Examinations of strategic documents show how DISN is at the heart of a transformation from traditional US warfare to a new era of network-centric warfare. It is part of the Global Information Grid (GIG) which is a dedicated military infrastructure spanning more than 3,500 US facilities in at least 88 countries.

GIG’s aim is to connect all its communications, forces, commanders, vehicles, weapons, surveillance sensors, satellites, radios, computer systems, intelligence agencies and allies into one seamless network. The compromise of such a deep-linked and powerful system has been dramatised in the Call of Duty game series – particularly in the aptly-titled “Modern Warfare”.

A spokesman for the UK Ministry of Defence repeated a generic statement to the press about the connection: “RAF Croughton is part of a worldwide US defence communications network, and the base supports a variety of communications activity. The Ministry of Defence does not hold information on what support to US operations is provided by RAF Croughton.”

BT said it could not be held responsible for what anybody did with the communications infrastructure it supplied.

Now the revelations have come to light – deniability is no longer an option. It will be interesting to see how, if at all, changes are made to how the US is using UK infrastructure to launch potentially illegal drone strikes.

Kat Craig, legal director of Reprieve, said: “The secret drone war in Yemen, a country with whom neither the US or UK are at war, is illegal. Yet missiles rain down on its population, killing hundreds of civilians and terrorising communities.”

Do you think ties should be cut as a result of these revelations? Let us know in the comments.