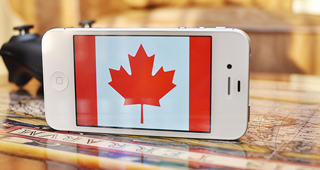 The Canadian government completed its auction of the 700MHz spectrum last month. The auction was declared a success with more than $5.27 billion being generated through the auction of spectrum licenses to the country’s telecom carriers. In terms of revenue generated, this is indeed a success – the previous highest amount generated was in the auctioning of the AWS spectrum back in 2008 that added close to $4.3 billion to the government’s coffers.

However, what worries a number of independent analysts is the actual distribution of licenses. Rogers, Bell and TELUS; the country’s top three telecom players together bagged 83 of the 97 licenses offered. While Videotron and Bragg bagged 11 licenses between them, other regional services like MTS, Feenix and SaskTel only got 1 license each. The uneven distribution of licenses has led some to question the rationality of using the combinatorial clock auctioning system that encourages this disparity. Critics of the combinatorial clock auction (CCA) feel that the system encourages large corporates and makes it an uneven playing field for the smaller companies.

These arguments are not without merit. Traditionally, auctioning was done through what is known as the Simultaneous Multi-Round Auction (SMRA). In this system, multiple lots of spectrum are auctioned through a series of rounds simultaneously. The auction process would include multiple frequency bands in multiple geographies available simultaneously. Recently, the SMRA has given way to CCA where the auctioning is done for a more generic lot of spectrum rather than individual lots. The price for the spectrum is determined through a “clock” system where the price for the band is systematically raised and the interest from all the bidding parties is gauged. This way, the auctioner does not have to come up with a band plan and instead lets the bidders discover the price based on how much they value the auctioned product.

One of the main reasons for the Canadian government to move from SMRA to CCA is to ensure a more contiguous network area for the service provider. With SMRA, it was common for the bidders to win a non-contiguous geographical spread of licenses either accidentally or due to the predatory tactics of competitors. This was chaotic from a consumer point of view since the pricing and network coverage of their service provider could change quite drastically within adjacent towns or cities. The CCA enabled network providers to bid for a larger contiguous area enabling a more friendly network for consumers.

The adoption of CCA has however meant that the cost of acquiring a license is now much higher than it is with the SMRA. While this definitely creates more revenue to the government, it also makes the licenses unaffordable to smaller players. Consequently, the right to own a license remains with one of the major telecom providers. This sets a dangerous precedent for two reasons. First, the concentration of licenses among the top three providers creates an environment of monopoly or cartelization of telecommunications. This could ultimately result in higher telecom prices to the consumer. Secondly, it also creates a more uneven playing field for the smaller players thus fueling an anti-competition mindset among the players. The smaller telecom players allege that the licenses they managed to win via the CCA system are primarily those that were seen as unattractive by the larger players.

With the 2500MHz spectrum auction scheduled to be conducted in 2015, SaskTel has called for the auctioning system to be reverted to the SMRA system. This should benefit not only SaskTel but also companies like MTS which owns the business internet service, AllStream and rural telecom providers like Xplorenet. Also, with the 2500MHz, the targeted beneficiaries are the rural consumers who need more powerful satellite-based wireless services for faster connectivity. The rural users typically do not require contiguous networks as much as the urban users who are mostly connected through wired telecom networks. The need of the hour is to come up with a plan that will pick the best of SMRA and CCA to draft a plan that will enable a wider geographical area for the license holder without resulting in higher prices that may be a by-product of the combinatorial clock auction system.

It needs to be seen how the Canadian government responds to the call from SaskTel.

Do you think the auctioning system needs a change? Tell us in the comments.