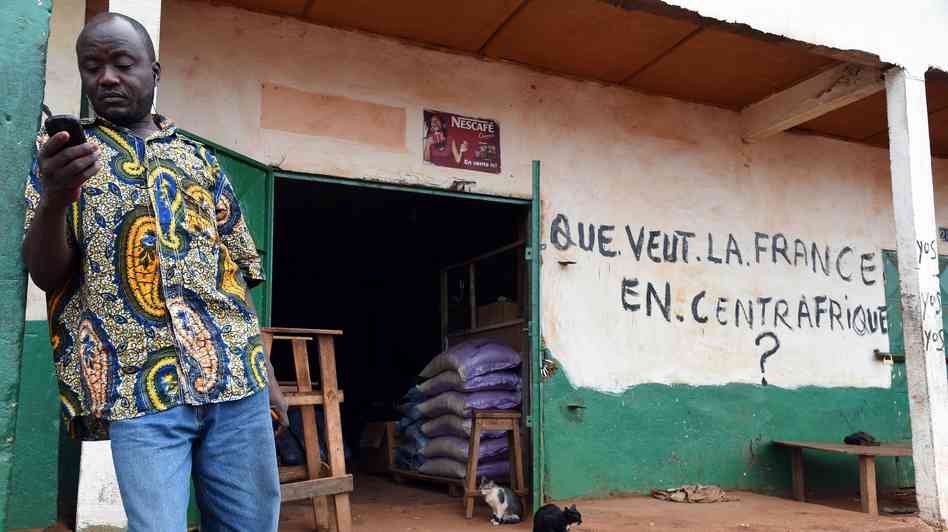 There are those who argue that in the modern world, internet access should be classed as a human right. The ability to communicate certainly should be, and yet the level of constant connectivity we have today is sometimes so overbearing that we need to cut off from it for a while – but at least that disconnection is of our own choice.

According to Agence France-Presse, text messaging is now considered a threat in the Central African Republic. It follows waves of violence supposedly organised via the medium in the nation’s capital Bangui. The decision was reportedly made by Prime Minister Andre Nzapayeke to ban SMS messaging.

In a letter to mobile carriers earlier this week, the CAR’s telecommunications ministry said “the use of any SMS by all mobile phone subscribers is suspended from Monday June 2, 2014, until further notice”. Originally the ban was thought to last “for several days” according to a government insider, but the letter suggests it could be much longer before access is restored.

“On the instruction of the prime minister…in order to contribute to the restoration of security in the country, the use of SMS by all mobile phone subscribers is suspended,” read a statement from Communications Minister Abdallah Assan Kadre, according to Reuters.

The unrest is for the dismissal of the current government. Days earlier a grenade attack inside a Catholic Church killed at least 15 people. In an act of retaliation, Christian youth destroyed one of the last mosques in the city as well as killing three Muslims on the way to an inter-communal reconciliation soccer match.

If a user now tries to send a SMS message, they will be met with an error message saying “SMS not allowed.” Similar tactics are in talks to be used in the future within the UK after the London Riots were thought to be primarily organised through BlackBerry’s BBM messaging service due to its secure and encrypted nature. There are fierce arguments for and against such tactics.

Mike Butcher, a technology journalist and digital adviser to London’s mayor, advocates terminating access to services which assist with civil unrest: “BBM is an encrypted, very secure, safe, fast, cheap, easy way for disaffected urban youths to spread messages for their next target. It’s like text messaging with steroids – you can send messages to hundreds of people and once it’s gone from your phone it cannot be traced back to you.”

The argument against terminating communication methods is that it prevents innocent civilians from communicating with friends and family to ensure their safety.

Joanne Mariner, the senior crisis response adviser for Amnesty International, said that there was a “definite possibility of at least some attacks being coordinated by phone” during the time she spent in the Central African Republic earlier this year.

Do you think the CAR government made the right decision to ban SMS? Let us know in the comments.