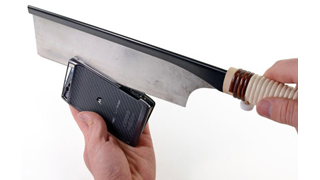 It’s been less than three years since Google acquired Motorola; a move which observers had hoped would bring the kind of hardware and software synergy boasted by rival Apple in the smartphone space.

In this time, the only flagship to see the light of day was the ‘Moto X’. The handset, whilst unique, has had disappointing sales to the tune of 500,000 units sold. This was calculated over the same period as Samsung flogged 10 million S4’s.

This disappointment on the handset front could form a good proportion of Google’s reason to sell Motorola to China-based Lenovo for $2.91 billion. Or, it could just be Google has what they want…

Not included in the sell is Motorola’s vast amount of patents. A quick search on the European Patent Office throws up 3,667 results for patents under “Motorola Mobility” – whilst not all would be granted – you can see why Google would want many of them.

The patents extend beyond smartphone as well; take “INTER-VEHICLE ALERT SYSTEM WITH NAGABLE VIDEO LOOK AHEAD” as an example. With Google’s big play into self-driving cars and the company’s presence in the OAA; you can see why the web giant has arguably taken the most important part of Motorola, and sold off the shell to Lenovo.

It’s a move which can be likened to Microsoft’s acquisition of Nokia who also held a notorious amount of patents. What’s different about this situation is Microsoft hasn’t (yet) sold off Nokia’s hardware business due to reliance… but check back in a few years if Windows Phone doesn’t pan out as the guys and girls in Redmond hope.

“Lenovo has the expertise and track record to scale Motorola Mobility into a major player within the Android ecosystem,” Google CEO Larry Page said in a statement. “This move will enable Google to devote our energy to driving innovation across the Android ecosystem, for the benefit of smartphone users everywhere.”

Albeit speculative, it sounds like Larry has some inside knowledge about Lenovo’s direction with Motorola, and how they hope it will boost the PC manufacturer’s vital play into mobile. If trusted leaker of information, Eldar Murtazin of Mobile-Review, is to be believed… Lenovo will be providing Google’s Nexus devices next year…

Lenovo will launch one of the last Nexus product 🙂 volume will be huge and it will be focused on US market.

Of course Google wants to bring more fairness to play in the Android ecosystem which is currently dominated by Samsung, who an analyst has called “the tail wagging the dog” for their influence over Google’s mobile operating system.

Before the Motorola acquisition can be completed, Lenovo has to be authorised by the Treasury Department’s Committee on Foreign Investment in the US on grounds of national security. In a similar position, Huawei recently had a small deal blocked by the committee.

A bigger American brand such as Motorola could be a hard acquisition to get legal approval.

What do you think about Lenovo’s acquisition of Motorola?