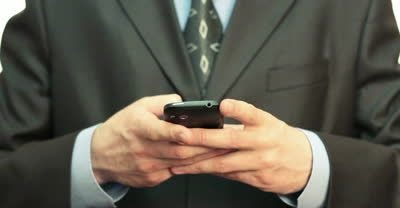 Given a large population and dissatisfaction of the incumbent telcos, MVNO represents a force of disruption and new energy for growth. MIIT estimates MVNOs could reach 50 million customers or 3% of China’s total cellphone population by 2015, and reap 1% of total mobile revenue which is in tens of billions.

The outlook, despite still remote, is a good enough sign of breakthrough in China’s history.

The minted MVNOs are selected from more than 70 candidates and most of them less known in the industry. They generally come from three sectors: distribution channels like Dphone, the largest retail chain for smartphones, VAS providers and Internet companies such as JD.com, one of the largest shopping sites and Net.com, an IDC operator and Internet domain registrar owned by Alibaba.com.

The event went mostly as expected, but there were a couple of surprises. One is dominant electronic retail chains like Suning and Gome were missing from the list despite their strong intentions, but they could be enlisted in the following licensing by MIIT. Second, China Mobile failed to submit its recommendations by the deadline, so the 11 MVNOs will be providing service by from China Unicom and China Telecom networks with some overlapping.

MIIT plans to issue more licenses within a month, apparently to ensure that China Mobile be treated equally as others, so we expect announcement of another list of MVNOs before the end of January and early February. As in the case of China Unicom and China Telecom, some MVNOs may sign contracts with more than one telco.

The list reveals a number of characteristics of future MVNOs that could help shape the competitive landscape in China. Large companies will likely pursue national coverage with their own operation centers and customer support. JD, for example, says it will introduce its own brand smartphone called JDPhone and start service next May. Smaller companies will likely focus on local markets, like a particular region or segment such as students and young consumers.

What’s unclear is how MVNOs will price their service. Although there are only three mobile operators in China, customers do have plenty of choice in smartphones and service plans. Decade-long competition has forced operators to cut price on handsets and service, so room for further reduction is quite limited. This it the reality awaiting MVNOs: they will be fighting not only the powerful incumbents but against each other in a very much saturated market.

Most MVNOs dodge the subject of pricing, in part because they don’t have a plan yet and are still assessing the situation. For the incumbents, China Telecom has promised to lease its networks to MVNOs at 40% discount and China Unicom at 35%. If true, this would be the margin future MVNOs would base their pricing on.

In general, the price offered by MVNOs should be somewhat lower than the incumbents but the gap should be minimal. In fact, many MVNOs have said they will not engage in a price war but work on alternative solutions such as more price options and bundled plans.

Alibaba, for example, will try to tie MVNO service to some of its online services especially e-commerce, JD, on the other hand, will delve into big data it has garnered from customers and use warehousing/delivery network to sell third-party handsets as another revenue source.

Experience in other countries affirms three critical factors for MVNOs to succeed: a user base to grow new customers, a clear sales strategy that differentiates one from the incumbents, and ability to recruit a large number of customers to build momentum. Clearly this is no easy task given the circumstances in China, but not entirely unattainable either if giving some time.

And the clock is ticking. MIIT requires MVNOs must begin operations no later than May and could face revocation of license if they fail to reach customer target in 19 months. Both a sense of opportunity and pressure exude a mixed feeling.

What is the future of MVNO in China? No one knows for sure. For now, most people in the industry are more cautious than ecstatic which pretty much reflects the mood of the market