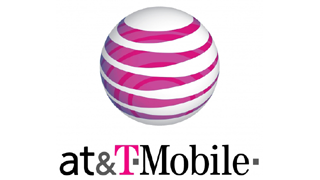 If you checked-in with us yesterday; you’d know the “gloves are off” between T-Mobile and AT&T. Overnight it got more heated as T-Mobile’s John Legere took the stage at CES to announce the next part of the disruptive “Uncarrier” strategy — whilst taking shots at an industry which “blows”.

The gist is T-Mobile will now pay you and your family up to $350/each to leave AT&T, Sprint, or Verizon. Trade-in your phone, get instant credit of up to $300, and walk out with a latest mobile for $0.

Once free from your current network, you’ll have access to all the benefits of T-Mobile’s rapidly-growing network – which John was keen to iterate.

It must have scared AT&T as the company, perhaps as a pre-emptive strike after hearing rumours, announced they will pay up to $450 to switchers from T-Mobile onto their network. At this point, Legere started his campaign through a tweet saying: “you gave us cash & spectrum AND we took your customers with #Uncarrier moves, do you really think you can buy them back?”

On stage at the show, he turned AT&T’s initiative into a positive for T-Mobile: “We’re really happy AT&T has given us a no-fault guarantee — try what we’re doing and these pricks will pay you to come back!”

T-Mobile claims this is “not just peaks, it’s a consistent, reliable service.” Legere says he’ll send a Cease and Desist letter to ATT to stop their advertisings that say they’re in the fastest.

“Do you know how many billboards they’re gonna have to take down?”

A notable omission is Sprint, which T-Mobile’s CTO Neville Ray cleared up: “Oh — I forgot somebody — Sprint at 7.9Mbps. Very forgettable, that’s why I forgot it.” Thanks Neville.

Coverage has traditionally been an issue for T-Mobile users. Earlier this month the company bought $3 Billion worth of 700MHz A-Block spectrum; a low-frequency which can cover a greater geographical area.

Ray said in his 14 years at the company, “I have never had a weapon like this in my arsenal. We are going to frighten the crap out of AT&T and Verizon with that spectrum. We’re going to put that in places where we can’t play well today.”

The company has been unveiling its Uncarrier strategy gradually; each with its own version number –

Uncarrier 1.0 – Simple choice, putting an end to contracts and overages.

T-Mobile, with 4.4 Million new customers in 2013, is now the fastest growing wireless company in the US — adding more in Q2 and Q3 than all others combined. That is a very impressive turnaround from a network which lost 2.1 million customers overall in 2012.

What do you think of T-Mobile’s latest strategies / antics?