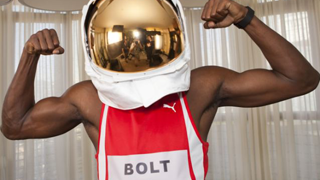 In the latest set of free upgrades from the Liberty Global-owned Virgin Media; packages across the board have gained a significant boost. If you’re a current subscriber you’ll also enjoy these enhanced speeds completely gratis (free.)

With closest rival BT Infinity’s packages topping out at 76Mbps; that last award looks set to renew for 2014…

Do we need to point out the coincidence this is new top-speed is exactly double the speed of BT’s?

Only last month on an article about Virgin Media’s new backhaul partnership with mobile operator Three, TelecomsTech questioned whether Virgin’s potential 30Mbps and 60Mbps fibre broadband customers would choose Three’s 4G mobile network which gets an average of around 70Mbps…

These new speeds increases almost completely alleviates this and sets Virgin Media’s network in good stead to help handle the influx of new, always-connected technologies we are seeing and will continue to witness have a significant rise over the next few years…

The new speeds will be available through Virgin Media’s fibre-optic cables; which reach 12.5 million UK homes, and the rollout has already started. Existing customers will get a notification once their free upgrade is ready.

“From daily life to the bigger aspects of society, culture and economic growth, digital is making a significant, positive difference to people’s lives,” said Tom Mockridge, Virgin Media’s chief executive officer. “We’re supercharging our incredible network to ensure that Virgin Media customers can make the most of the online world.”

In response to a TelecomsTech tweet asking “What do you think about the industry-leading upgrades?” a reader replied:

@Gadget_Ry Still catching up with other countries though.. the faster the better but it also needs to be stable with better traffic mngment

Alner speaks in relation to the occasionally heavy-handed “caps” which can bring customers’ speeds down to much-slower than that which is advertised to help deal with peak usage hours and keep everyone online.

Upload speeds are another generally criticised area of Virgin’s broadband services – which can pale in comparison to competitors – making scenarios such as uploading videos and/or large files much more difficult.

As part of the government’s online safety pledge, Virgin Media has also begun to offer a new ‘Web Safe’ parental control service which allows the account holder to restrict access to types of age-inappropriate websites across all devices on the local network.

What do you think about Virgin Media’s supercharged superfast broadband?