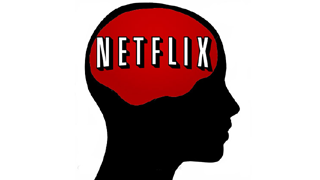 They say that every friend we have influences our tastes and personality in some way; or perhaps it’s just they are similar to us? Either way, they are able to offer far-better recommendations than any service’s algorithms on the market today.

Netflix, the star TV and movie streaming service, is looking into using “deep learning” to build an artificial brain capable of matching what your human (hopefully!) friend’s brains can supply.

Deep learning is becoming a fairly hot-topic, and companies ranging from Facebook to Google have all been making moves into this area with high-profile hires from experts in the field. Our sister-site, DeveloperTech, reported on one of such hires.

The company which can win any fight for your interest; is the one which can offer the services and content tailored specifically to you. This is what Facebook are looking into, and now what Netflix is looking to achieve as well.

Recently Netflix added an AI character called ‘Max’ to the PS3 version of their application. Although powerful in its own right; it never made its way to other platforms on which Netflix features. This is worth taking into account as in June last year the company said the AI would be reaching other devices “soon”. It’s obvious Netflix wants Max to grow-up a bit before being released elsewhere…

Through making use of Amazon’s powerful Cloud technology; Max’s new deep-learning skills will have a powerful and reliable infrastructure on which to work his recommendation magic.

Deep learning involves computer simulations of the neurons which pass back and forth in your brain. Considering we don’t yet fully understand how exactly the brain works – simulating it is certainly no small task.

If we take a look at Google, the obvious conclusion is the web giant wants to tap deep learning for a newfangled artificial intelligence with human-like engagement and responses – in the same way as Microsoft’s rumoured “Cortana” is thought to be similar to later this year…

This year is already turning out to be exciting for fans of artificial intelligence, or those simply wishing for better recommendations served to them whilst catching up on the latest season of ‘House of Cards’ (which is my humble, human, personal recommendation…)

How important do you think “Deep Learning” will become in the next few years?

The AI Expo world series brings together developers and enterprises to examine the future of artificial intelligence (AI) and how it can drive business in 2017 and beyond. Find out more here.