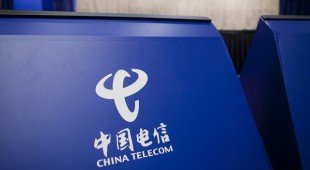 China Telecom (CTC) is feeling the heat in LTE after rival China Mobile began massive TD-LTE construction with 200,000 base stations in more than 100 cities, so the third largest wireless operator ran its own LTE bid in early October for LTE TDD and FDD BTSs in anticipation that LTE license is immanent and its 3G service (CDMA EV-DO) does need a makeover in order to stay competitive and LTE is the only way to do it.

The win by ZTE and Huawei makes little news, but Al-Lu’s 16% (11% for China Mobile’s TD-LTE bid) is a bit surprising. The main reason is the top three were major suppliers for CTC’s CDMA network and operators prefer to buy equipment from the same vendor to ensure compatibility and reduce hardware conflict.

CTC’s LTE move has drawn a lot of attention because, unlike China Mobile’s TD-SCDMA and WCDMA from China Unicom, CTC’s 3G does not have a clear path to 4G. In the past, CTC insisted on taking LTE FDD after success in other countries (e.g., Verizon) and assessment of technology, cost and supply especially handset supply. Then CTC submitted its request to MIIT for LTE FDD license in the summer.

However, a business decision ran afoul of a bureaucracy that wants TD-LTE, a minority LTE standard but must be used by China Mobile as its 4G evolution, to win and create a miracle in front of the world. For this reason, CTC’s request was rejected. Under pressure, CTC has raised TDD share from 10% in the initial proposal to 30%.

If the plan is carried out, CTC will become the only operator in the world that runs dual LTE networks, and it is aware of the potential risk besides investment. To circumvent the problem, the company plans to use TD-LTE in highly congested areas where demand for mobile data is strong while use FDD in everywhere else where voice volume is high. The logic sounds plausible but problems could occur when both networks are present in one service area like billing and overbuilt VoLTE for handsets that are not TDD-FDD compatible. (Roaming has its own set of issues.) In addition, CTC may have to build additional transport networks for both TDD and FDD access.

Realizing the potential challenge, CTC once proposed to lease TD-LTE network from China Mobile instead of building its own, but the idea was dropped later due partly to the increased TDD share and partly problems with leasing including cost, billing and service assurance. After all, China Mobile showed little interest in leasing its network to a rival. However, the fundamental reason is the tragedy that CTC as an enterprise cannot stay clear of excess interference from the government. Under government mandate, CTC must help grow TD-LTE market even though it is obvious that it cannot compete against China Mobile, in order to serve the so-called overriding agenda.

Meanwhile, MIIT has released a total 95MHz for LTE FDD in which CTC gets 30MHz in 1755-1785MHZ/1850-1880MHz. The good news is CTC is the only operator to run FDD in 1800MHz, a better band for signal propagation and network coverage. China Unicom, a frontrunner of LTE FDD, also gets 30MHz in 2100MHz. This suggests that MIIT wants to help CTC with best spectrum available to compete with the two stronger players. China Mobile has also received 35MHz for FDD but it is doubtful if the operator will spare spending beside TD-LTE.

Total spectrum allocation for LTE FDD is 95MHz compared to 190MHz for TD-LTE (2500-690MHz). Future modifications to spectrum allocation are possible, but it is a clear indication that 1) TD-LTE is given more weight in the hope it will succeed and set an example for the world, and 2) the government hopes other two, or at least one, namely China Telecom, will join TD-LTE to boost growth and make it competitive.

With China Telecom jumping in LTE, it has created more confusion than relief. If CTC receives two LTE licenses for TDD and FDD, which I think is highly likely, it could get messy trying to run two LTE networks which could hurt the company long term. CTC cannot compete with China Mobile in TD-LTE, so its best chance is in LTE FDD since China Unicom is yet to decide what to do – the gap in market entry could work in CTC’s favor. If 3G is any guide, demand for LTE will likely experience slower “wake up” which will result in incremental growth.