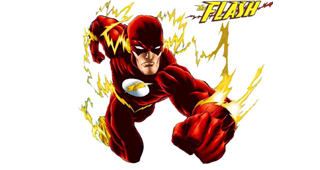 By “The Flash”, we actually mean researchers at the Karlsruhe Institute of Technology (KIT) in Baden-Württemberg, Germany; but it’s certainly quick-as-a-flash speeds in which they’ve broken the wireless transmission record!

Cable-based telecommunication networks require massive investment; which doesn’t always even reach as far as many would like.

This leaves many rural areas with limited to no access. Through the use of broadband data transmission via radio relay links; it decreases cost whilst potentially increasing efficiency.

In their latest record-breaking experiment, 100 gigabits of data per second were transmitted at a frequency of 237.5 GHz over a distance of 20m in the laboratory.

The previous record-holder, another experiment under the “Millilink” project funded by the BMBF, transmitted at a rate of 40 gigabits per second. It was however transmitted over a much longer distance of 1km from one high-riser to another in the Karlsruhe City center.

It’s also worth noting that the exiting record is based on one data stream. Interweaving of multiple data streams and other techniques could increase total available bandwidth by greater multiples without degrading the system’s integrity.

As to achieve the result, the scientists applied a photonic method to generate the radio signals at the transmitter. After radio transmission, fully integrated electronic circuits were used in the receiver.

Professor Ingmar Kallfass has overseen the “Millilink” project under a shared professorship funded by the Fraunhofer Institute for Applied Solid State Physics (IAF) and the Karlsruhe Institute of Technology (KIT) – but since early 2013 has been conducting research at Stuttgart University.

He says: “For rural areas in particular, this technology represents an inexpensive and flexible alternative to optical fiber networks, whose extension can often not be justified from an economic point of view.”

He continues: “At a data rate of 100 gigabits per second, it would be possible to transmit the contents of a blu-ray disk or of five DVDs between two devices by radio within two seconds only.”

The Millilink projects are funded by the German government at a cost of nearly $3 million.

What do you think about the projects? Could they have any useful implementations?