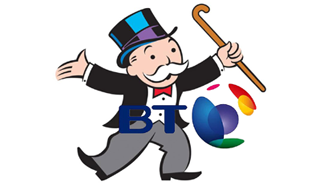 As one of the largest telecommunication groups in the world, British Telecom (BT) is always going to be under the microscope for any signs of monopoly in the industry.

And earlier this week, a report by the Commons public accounts committee highlighted BT as holding an unfair advantage in the rollout of superfast rural broadband – due to government mismanagement.

The Rt Hon Margaret Hodge MP, Chair of the Committee of Public Accounts, said: “The programme to extend superfast broadband to rural areas has been mismanaged by the Department for Culture, Media and Sport.”

She continues: “The sole provider BT has been placed in a quasi-monopolistic position which it is exploiting by restricting access to cost and roll-out information.

“The consumer is failing to get the benefits of healthy competition and BT will end up owning assets created from £1.2 billion of public money.”

Of the 26 contracts let by June 2013, all of these had gone to BT – with a further remaining 18 likely to follow suit. The report’s recommendation reads as follows: “The Department should not spend any of the further £250 million of public money until it has developed approaches to secure proper competition and value for money for improving superfast broadband after 2015.”

In a statement provided to The Register, BT says: “We have been transparent from the start and willing to invest when others have not. It is therefore mystifying that we are being criticised for accepting onerous terms in exchange for public subsidy – terms which drove others away.”

Ian Livingston, who was head of BT at the time the contracts were signed, recently came under fire as the Labour political party questioned why he was made a peer and a trade minister in June. He received shares worth £8.9m when he left BT in June to take up his unpaid government role; alongside £2.4m last year in salary, pension and bonuses – whilst accruing a further £6.6m in shares.

Further detrimental to the company’s image is a report released today by rival provider Direct Save Telecom.

The company, which is the cheapest provider in the UK, slammed BT’s announced consumer price increases; which will rise 6.5 percent next year across the board, including line-rental and even charges for BT’s answer phone service and speaking clock.

Other providers including Sky, Virgin and TalkTalk are also increasing their prices; but BT is highlighted in particular for their “mammoth” £2.5 billion profit in the year up to April – alongside the revelation that a customer only has a 10 day period to change provider after the price increase notification; or face an increased termination fee up to 30 percent.

Direct Save Telecom CEO, Stavros Tsolakis, said: “These price increases were always coming, it had to find the sport money from somewhere. Now millions will be punished for this investment by prices going through the roof and for many this will mean more financial hardship.”

A BT spokesperson told TelecomsTech: “We review and revise our prices every year given the market is extremely competitive. Whilst some prices may go up during the year, many go down or remain the same. Our customers have seen their calls bills fall by 14 per cent on average in the last five years as a result of us slashing the price of inclusive calls plans. We want customers to move onto those plans as they can save money. Hopefully these changes will encourage that.”

What do you think of the accusations surrounding BT’s “monopoly” in the industry?