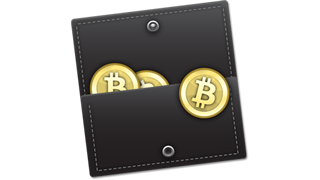 Living in an age of seemingly constant economic strife; many of us feel let-down by the banks through years of mishandling (and bonuses to head chiefs – now up to 250 percent of salary) so why do we continue to entrust these institutions?

Whilst you may have seen Russell Brand’s recent calls for a “revolution” and his subsequent interrogation by Newsnight presenter Jeremy Paxman – it was all rather vague without a clear way we can (sensibly) break free of “the system.”

Mobile wallets are yet to take off in the mainstream; but could offer a respite from our reliance on high-street banks. Vodafone announced in March they want every one of their customers “without a physical wallet” by 2020 (PDF) – an ambitious milestone.

There are, through experiences of bad customer service, certainly some MNOs I’d personally trust more than others with my cash; so what if you want to “break free” completely from all regulation?

Bitcoins seems to be the obvious answer; the virtual currency many expected to bite the dust early-on in its (still short) lifespan. And it looked close. After shady drug-dealing website Silk Road was forced to shut its also virtual doors; the value dropped significantly.

Since, it has more than recovered. A single Bitcoin is now valued at $500 – nearly 100x what it was in January. Amidst its frenzied investment, Bitcoin’s backers still believe in its value as a medium of exchange that bypasses central bank fiddling and Wall Street fees.

An official Bitcoin wallet is already available for Android and BlackBerry; as well as third-party clients such as Mycelium and Blockchain. These allow for payment over NFC.

A report by the Centre for Economic and Business Research (Cebr) says that 20 million shoppers will be using their mobile phones to pay for goods and services by the end of the decade; with the value of their purchases tripling to as much as £14.2 billion by 2018. The study says that by 2020, mobile payments will represent 1.4% of total consumer spending.

This may seem a relatively small proportion; but the current economic disparities faced by many could push this growth at an unanticipated rate.

It’s even cheaper for merchants. Peter Gray and Rodolfo Novak are co-founders of Coinkite, a Bitcoin banking service that lets you buy the anonymous cryptocurrency through Interac. Every time a customer swipes a current Credit Card such as a Visa or MasterCard; it costs the seller money.

Access fees charged by existing banks are a barrier to traditional finance, which Novak says Bitcoin can overcome.

“Most of the world doesn’t have a bank account. We want them to bank with us,” Novak said.

Coinkite accounts link the virtual coins to a debit card; which works with a card reader Novak is selling to merchants. This is helping to get brick-and-mortar shops to accept it.

“Five cents, a dollar, for you and me is not that much as an overcharge on a payment,” Novak said. “The relative fee for a person in a third-world country is a lot of money.”

What do you think? Is it time for an “unbanked” society revolution?

Want to learn more about bitcoin and blockchain from industry experts? Join us at Blockchain Expo this January in London.