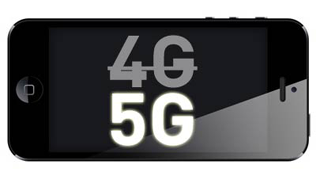 Whilst many of us stare at our signal bars, waiting for the 3G to switch to 4G, China-based Huawei is instead looking to the next big thing – with a hefty $600m investment into 5G research. Don’t get too excited though, the rollout of functioning technology isn’t expected until 2020.

This is part of a continued investment which began back in 2009. At the home of mobile, MWC in Barcelona, Huawei has demonstrated 5G base stations capable of 50Gbps.

One of the most promising innovations is an “air interface” which can cover cellular, short-range and sensor technologies. This could deliver 10 Gbps speeds, 1 ms latency and simple sensors with a 10-year battery life. Impressive stuff.

Huawei already participates in many of the key research initiatives; including the 5G Innovation Centre in the UK, and the EU’s 5G research projects.

In the UK, this is in collaboration with over 20 universities. The European Union’s 5G flagship project goes by the name of “METIS” (Mobile and wireless communications Enablers for the Twenty-twenty Information Society) and currently lists 26 major partners including; Ericsson, Alcatel Lucent, Siemens, Nokia, T-Mobile and more.

“While we continue to evolve our existing 4G network capabilities, we plan to invest a minimum of $600 million over the next five years on research and innovation for 5G mobile network technologies to ensure that we are meeting the consumers’ demands for increasingly faster and better connections,” said Eric Xu, rotating CEO of Huawei.

It’s clear Huawei is dedicated to advancing mobile networks; only two days ago TelecomsTech reported on mobile network EE “flipping the switch” on LTE-Advanced; a first in the UK. Guess who was the other half of that partnership? Huawei.

“By 2020, it is estimated that 6.5 billion people worldwide will use mobile networks for data communications and 100 billion of additional ‘things’, such as vehicles, meters, medical devices, and home appliances, will also be connected to the network over 5G. We have already achieved many technological breakthroughs in 5G research and innovation, but the majority of the work remains ahead of us,” said Xu.

What do you think about Huawei’s 5G investment?