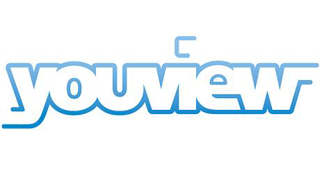 YouView is a fairly new set-top box in the UK, established through partnership with all the major networks.

Despite this, CEO Richard Halton has announced the service has hit 400,000 users and that expansion to internet channels along with a new Android app is on the way.

The TV service is provided through a collaboration between broadcasting heavyweights; BBC, ITV, Channel 4, and Channel 5. Alongside these, other partners include BT, TalkTalk, and Arqiva, so needless to say YouView has the backing for success.

Once the box to access the service is bought, the service is free to access then onwards. Very much akin to the rival “freesat”, both are received through satellite broadcast, although the former offers interactivity and catch-up services via an internet connection.

YouView is soon set to expand their content offering through adding internet channels, this will bolster the amount of choice viewers will have, but won’t initially have functionality such as pausing which many will likely expect.

In the press release, Halton states: “We’ve had a great start and we’re delighted to have received such a positive response from consumers. We’re already the fastest growing TV service in the UK and now we can see that translating into viewing.”

Increasing their presence on mobile devices is the next milestone; already an iOS application is available, but the company say an Android app will be released in the coming weeks to control the TV and recordings.

Do you currently use, or plan to check out the YouView service as a result of this expansion?