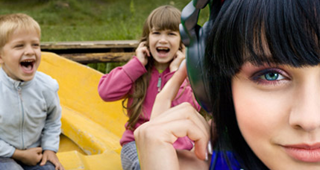 Take a look at your headphones. They could harness the very technology which could boost broadband speeds to a blistering 400gbps – noise-cancellation.

A research team which is being led by Xiang Liu of Bell Laboratories is looking into using “phase conjugation” to help boost speeds to this incredible level as demand for faster broadband rises.

In the same manner as headphones which detect noise and transmit an inverse set of signals to counter-act the disruption, Xiang wants to implement the technology into fibre optic.

Fibre optic cables often cause some amount of interference due to the materials used, which is inevitable. To fix currently you would have to amplify the signal and potentially cause errors; then where errors are caused, send a second signal with additional information to fix them.

It’s an incredibly clever system. Phase Conjugation would initially send out two signals with opposite frequencies within the same fibre optic cable, where interference is caused the one signal would cancel out the other.

The researchers used the technique to send out a signal over 12,800km of standard fibre optic cable at the 400Gbps speed with success; this is almost four hundred times faster than any current broadband speed.

Due to less interference when the signal is amplified, the data can be pushed to a much further range. This should benefit people in rural, hard to reach areas with greatly improved speed and reliability.

Do you think using ‘phase conjugation’ is a good idea for the future of fibre optic?