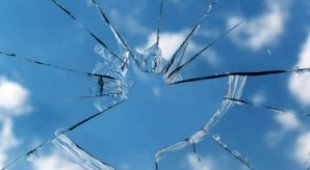 By James Bourne | 24th May 2013 | TechForge Media http://www.cloudcomputing-news.net/
James is editor in chief of TechForge Media, with a passion for how technologies influence business and several Mobile World Congress events under his belt. James has interviewed a variety of leading figures in his career, from former Mafia boss Michael Franzese, to Steve Wozniak, and Jean Michel Jarre. James can be found tweeting at @James_T_Bourne.

The issue of the number of women in senior technology positions, in 2013, should theoretically be so far advanced that it shouldn’t be considered an issue.

Yet a “benchmark” study from the Women in Wireless (WiW) group in association with Telefonica has revealed that “organisational culture” is a key factor in the underrepresentation of women in senior business roles within the sector.

Two out of three respondents to the survey believed that the make-up of organisations in the wireless and digital media spheres contributes to the lack of advancement for women. More than half (57%) claimed that, in the past 12 months, there were no opportunities for progressing within the company, yet 44% put their work-life balance as “poor”.

The report also revealed a worrying generation gap: 83% of women between the ages of 35-54 believed it was harder for women to progress in wireless and digital media, as opposed to 65% of 18-34 year olds.

This is a particularly alarming statistic, especially when one considers the numbers are startlingly high in the first place. So what changes need to be enacted?

Employers could be doing more to redress the balance, the report notes – although simply providing more training is not the answer. More mentoring and sponsorship, as well as HR programmes designed to target women in leadership roles were the most important assets a company could provide, according to 42% and 40% of respondents respectively.

“Women are telling us they’re not confident in doing these things, and if they were, it would help drive up the opportunity for them,” Macrae said.

The tech industry has been somewhat licking its wounds of late, after the global press generated in March by the sacking of Adria Richards, technology evangelist and SendGrid employee after publicly calling out purportedly sexist comments from developers at a tech conference.

But from Macrae’s perspective, this is an issue which still needs more time. With research such as this starting to give visibility to the barriers which need to be broken, however, there are some short-term changes which can be made.

“The reality is that these things take time to change, and as we’ve shown with the survey, it’s probably a combination of things that need to start being changed to really impact that,” Macrae said.

“This industry is growing and rapidly evolving – the opportunities and the breadth of those, I don’t believe, are fully signposted today, and that is one small example of something that quite a lot of people within the whole ecosystem could impact,” she added.

WiW combines a wide variety of initiatives in order to develop more opportunities for women in the wireless and digital media industries and promote female leaders, ranging from organising events, to recognising role models in the industry, as well as showcasing “the mobile members that are doing brilliant things among their organisations,” as Macrae noted.

What do you make of the research? How soon can the barriers truly be broken down?

Jennifer Macrae will be speaking at Apps World Europe, in London on 22-23 October. Find out more about the mobile payments conference, and find out about how you can attend here.