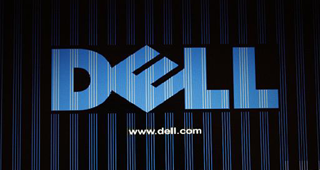 The market is changing as consumers move towards mobile devices to perform most of their daily tasks; many simply have no need for a PC, and OEM manufacturer Dell is just one company feeling this switch.

In the first quarter profits have dropped down to $130 million, with total revenues dropping 2% over the past year, now at $14.07 billion.

Many would argue PCs are still a necessity, and they are; there are still many high-end tasks (3D modelling, intensive video editing…) which just aren’t capable on a mobile device.

The barriers are breaking however, devices like Microsoft’s “Surface Pro” which is soon to be released in the U.K after possible sell-outs in the U.S; offer full desktop functionality in a tablet-based form factor.

Dell is trying to follow the PC to tablet trend with own releases; along with some innovative design features to attempt differentiation.

The ‘XPS 12’ appears like an “Ultrabook” but screen flips over and folds flat to switch into a Tablet for portability, whilst still able to be expanded along with its keyboard for increased productivity.

With an i7 processor and 1080p display, the XPS 12 is another example of PC performance in a tablet which Dell is attempting to stay relevant to modern consumers.

Founder Michael Dell is currently in a bid to take the company private, with dissident shareholders locked in a battle over the company’s value.

What do you think of both Dell’s future? What about the relevance of PC OEM’s in general?