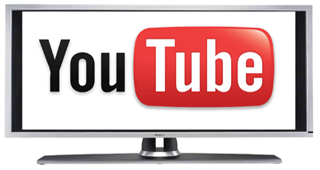 The rise of on-demand content and inevitable death of linear scheduled broadcasting has perhaps been pushed forward as YouTube announces monthly paid channels.

Originally launching with a few select partners; including UFC and Sesame Street, the channels will cost on average $2.99 (£1.93) monthly. Each channel will offer a 14-day free trial to test the content before you commit to supporting.

When you think of paying a small fee for watching content you like, wish to support, and available on-demand versus paying for expensive cable subscriptions with hundreds of channels you just don’t watch. The strategy makes sense.

YouTube recently announced on its blog the service has over 1 billion unique viewers every month; a testament to the scale and importance video streaming has become.

It’s not just cat videos anymore either; with the removal of previous 15 minute limit long-form content has been on the rise as more people become accustomed to sitting and watching sometimes hour long videos or “shows” on the Google-owned service.

YouTube “Gatherings” are popular occurrences which allow fellow creators to meet and collaborate, and for fans to meet the new generation of (sometimes literally) home-grown stars.

Dedicated events which attract thousands of attendees happen worldwide; SITC (Summer in the City) is a London event allowing UK creators to “engage in a safe, fun environment” whereas VidCon is based in California, with international travellers rubbing shoulders with some now household names such as Felicia Day (of “The Guild” fame).

YouTube’s motto is to “broadcast yourself” and this is exactly what creators have been doing, the quality of content can match (sometimes surpass!) that of Hollywood blockbusters.

These people can go from talking about their thoughts ‘Vlog’-style (Video Blogging) to creating a sketch, to a gripping indie-film, to becoming paid actors and actresses; allowing incredibly talented individuals to have opportunities which may have been previously unavailable to them.

You can see the enthusiasm, it is truly an incredible platform, sometimes very humbling, and gives some people an outlet for their problems; I truly believe in cases this outlet saved lives.

But what does it mean for the television industry? Trouble, unless they are willing to adapt.

YouTube already has “networks” which provide advertising on videos to help fund creators in their projects, some of these networks such as ‘Base79’ have teams which previously worked in conventional broadcast heavyweights like; BBC, Channel 4, Five, ITV, and Sky.

It’s these advertisements which may boost uptake of YouTube’s new monthly paid channels; feedback shows users would be happy to pay a small fee to their favourite creators to support them, especially if it means they don’t have to sit through ads every time!

Customers enjoy the fact they have a huge variety of entertainment they can choose to watch on-demand; instead of waiting for scheduled slots for their favourite shows.

So what about other on-demand services including Netflix? With original programming; including the massive hits “House of Cards” and “Hemlock Grove” as well as partnerships with many of the major studios, it appears Netflix will be able to exist cohesively alongside YouTube.

But Netflix must continue to invest heavily. With YouTube spending more than $100 million across 150 partners to help fund creative content and specialised YouTube video channels dedicated to topics ranging from food to sports; they won’t be letting up anytime soon.

One of the most pleasing aspects is how anyone; large studio or bedroom film-maker, will all have the same opportunity to monetise equally on the platform.

Both services are clearly going to be very disruptive to the rest of the industry.

How disruptive do you think YouTube will be to linear television? Do you think other on-demand services such as Netflix, Hulu, and Amazon VoD are under threat?