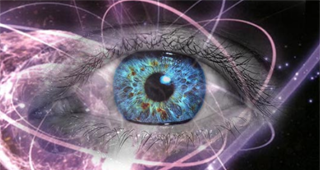 Utilising quantum mechanics to provide perfectly secure online communication is something security experts in particular have lusted over for years – well as it turns out, a government lab has been using just that for the past two.

A team at the Los Alamos National Labs in New Mexico has developed a not quite “true” quantum internet solution, but it’s very close.

The core theology of quantum internet is through measuring the characteristic of an object such as a photon; it’s always changing, making interception near-impossible, and rendering the data incomprehensible if attempted.

Although previous solutions have been successful; it’s only been between two locations, which isn’t necessarily ideal when you have multiple places to “route”.

The issue lies in determining where the data is supposed to be routed; which then changes the state of the quantum message where, you guessed it – it’s then rendered useless.

Chinese physicists have actually demonstrated a router which attempts to overcome this, but can only handle one quantum or “qubit” at a time which isn’t plausible for commercial success.

So how has the team at Los Alamos overcome this problem? Technology Review describes how it works:

“Their approach is to create a quantum network based around a hub and spoke-type network. All messages get routed from any point in the network to another via this central hub… the idea is that messages to the hub rely on the usual level of quantum security.

“However, once at the hub, they are converted to conventional classical bits and then reconverted into quantum bits to be sent on the second leg of their journey. So as long as the hub is secure, then the network should also be secure.”

This is where it’s not “true” quantum security, simply because it’s converted to “conventional bits” at the central hub before being sent on… although it offers the same level of security, so who cares? Quantum internet is a reality!

Are you excited by the future prospects of quantum internet? What practical uses do you foresee using the technology?