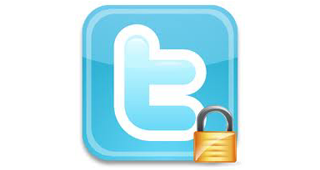 The EFF (Electronic Frontier Foundation) has released its ‘Who has your back?’ report for 2013, its third edition. As a company whose tagline is “defending your rights in the digital world”, this document helps consumers understand the service providers they can trust.

Scoring is based on a star system out of a possible six:

Interestingly, cable providers proved lowest on the chart; Comcast scoring two “stars”, AT&T scoring only one, whilst Verizon trudged the bottom with zero. Hopefully the results of this report will make these providers become more aware of their customers’ data against the government.

But who was the (unexpected?) rebel star of the show? Sonic.net, not happy following the example set by rivals above, swiped all of the six available stars.

Social networks mainly stole the high marks; Twitter scored all six – users of the popular micro-blogging service will feel very content the company are doing all they can to protect privacy.

LinkedIn took second with five stars; losing out on “fights for user privacy in courts.” Foursquare came away, amusingly, with four. Facebook received three, Tumblr two, whilst MySpace unsurprisingly crawled away with none.

So what of those many consider the “tech giants” of the industry? Results may cause some controversy; Google came top of this list with five stars, losing out on “tells users about government data requests” a result which is interesting considering popular opinion as a “search company”, there are many which would have likely predicted  they would hit quite low on the list.

Microsoft also scored high on four stars whilst Apple, which arguably has the highest dedicated fan base, scored lowest at one.

Overall, the Electronic Frontier Foundation is pleased with advancements made by many companies this year. However there are many they’d like to witness more from, or least see a change of policy:

“Amazon holds huge quantities of information as part of its cloud computing services and retail operations, yet does not promise to inform users when their data is sought by the government, produce annual transparency reports, or publish a law enforcement guide. Facebook has yet to publish a transparency report. Yahoo! has a public record of standing up for user privacy in courts, but it hasn’t earned recognition in any of our other categories. Apple and AT&T are members of the Digital Due Process coalition, but don’t observe any of the other best practices we’re measuring. And this year — as in past years — MySpace and Verizon earned no stars in our report. We remain disappointed by the overall poor showing of ISPs like AT&T and Verizon in our best practice categories.”

Do any of EFF’s results surprise you? Are companies doing all they can to protect user data, or should they be doing more to get Twitter-like marks in 2014?