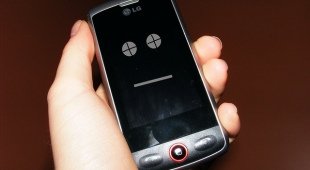 By James Bourne | 7th March 2013 | TechForge Media http://www.cloudcomputing-news.net/
James is editor in chief of TechForge Media, with a passion for how technologies influence business and several Mobile World Congress events under his belt. James has interviewed a variety of leading figures in his career, from former Mafia boss Michael Franzese, to Steve Wozniak, and Jean Michel Jarre. James can be found tweeting at @James_T_Bourne.

Mobile forensics and data transfer provider Cellebrite has launched a multi-channel diagnostics tool, claimed to be the first in the wireless retail industry.

Debuted at Mobile World Congress in Barcelona, Cellebrite estimates that the tool will reduce the overall process of phone repairs and returns by up to 60%.

The solution systematically goes through all potential faultlines in a phone, including CPU and RAM performance, storage, memory and network capability. It also comes in an app format, though understandably not as comprehensive as the tool.

The company is evidently targeting this tool at the retail sector; the idea being that retailers will require less inventory with users not bringing as many phones back.

Of course, given the well-documented rise and rise of the smartphone, rapid recovery tools could be a lifesaver.

There has been copious research on users’ relationships with their devices; most notably an Apigee survey which revealed that 82% of people can’t go one day without using critical apps, and a Samsung Telecommunications America report which revealed that nearly a third (29%) of people would prefer to share their house key with a stranger than their smartphone password.

Yet for Cellebrite, it appears there is a gap in the market.

“We believe that this solution will truly transform the way mobile providers deal with fault resolution,” said Yossi Carmil, Cellebrite co-CEO in a statement. “It not only significantly reduces costs, logistics and resources; it also boosts customer service and loyalty, and ensure customers are able to use their high value, revenue generating data services as soon as possible.”

According to Cellebrite, the only phones that fail its diagnostic tests and need extra help will be ones with “significant hardware issues”.

Would this potentially help your business?