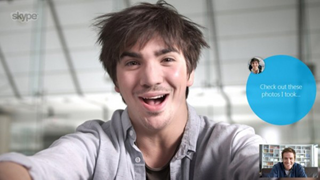 Currently many carriers, operators and journalists are discussing how the rise of instant messaging apps such as WhatsApp and iMessage will affect traditional SMS usage, and add to the infrastructure costs for supporting increasing demand for data.

But we could be missing the mark: what if Skype’s video messaging should cause them concern?

We’re all used to voicemail; it’s a convenient technology which has been around for decades and still going strong today. You ring someone; leave a message to get back later or with any specific details, and job done.

It’s a concept which requires some modernisation; the next logical step would be an easy way to send anyone (with internet access) on the planet a quick video message, simply.

Whilst video messaging is nothing new, it’s required two individuals to have specific lesser-known software. My dear Mum doesn’t know ‘Tango’ (the app, not the dance – not sure she knows that either) but she knows Skype.

The majority of people already have a Skype account for free VoIP calls and it’s become a standard particularly within businesses, so there’s not so much of a worry the other individual will not have the software required to receive your message.

Is it a crazy assumption when you come home and say “Xbox, on” to the Kinect, and it switches on, it’ll use that always-on connectivity to have your Skype Video Messages ready for you?

So carriers, operators, if you want to be scared of anyone; it’s Skype (and Microsoft).

Do you think Skype’s new Video Messaging will become a popular form of communication?