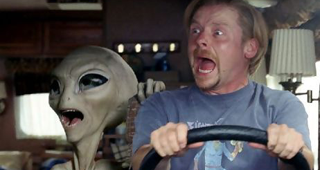 The European Commission has signed off draft legislation which requires all new cars from 2015 to be fitted with an eCall device.

Okay, by “home” it will actually call 112 – the emergency number in Europe – but that wouldn’t have allowed me such a cheesy, obvious headline.

eCall transmits a “minimum set of data” in the event of an accident, including the exact location; this helps cut down response times significantly and will in theory help to prevent annual re-occurrences of the 28,000 people killed on European roads last year.

According to Europe’s Information Society; in the countryside response times are cut 60%, whilst built-up areas are 50% faster.

In anticipation of privacy concerns, especially regarding the recent NSA spying, the Commission is quick to reassure data is only sent when necessary and stored only “for a determined period of time in accordance with national regulations and with Data Protection Directive.”

Whilst this helps to quell any worry around Government usage and storage; this doesn’t for any malicious third parties. On this subject the commission points out the system is dormant until required and “is not permanently connected to mobile networks, hackers cannot take control of it.”

The legislation sounds quite solid, and is not expected to face any opposition which should help for a smooth process. It does however require operators to put in place the infrastructure to support the receipt and handling of eCalls which must be interoperable across EU countries.

Many vehicles already come equipped with proprietary emergency systems; such as Citroën’s Localized Emergency Call. These will continue to be allowed under the new legislation as long as an automatic switch is in place to eCall should a failure occur.

Do you think a mandatory emergency system for vehicles such as eCall is a good idea?