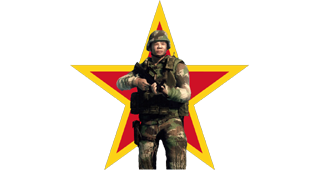 Despite growing cybersecurity concerns regarding China; the country can’t be stopped in terms of pushing technological boundaries – leading both global M2M growth and IPTV subscribers.

Throughout the second half of 2012, the number of cellular Machine-to-Machine (M2M) communications increased nearly 5.5 million. To put this in perspective; that’s the same amount as the UK had in total by the end of last year.

This places China as the leader of M2M growth, which is on the rise globally, and expected to reach 315 million connections by the end of 2015.

Of course, the quality and usage to which these connections occur have not been taken into account; it could be the most important M2M connections happen overseas. Whilst these make for impressive numbers, the practical application of the technology is far more essential.

What cannot be disputed, however, is China’s lead in the IPTV subscriber market. According to Infonetics Research, China Telecom has 20.5 million subscribers in the fourth quarter of 2012.

Jeff Heynen, principal analyst for broadband access and pay TV at Infonetics Research, says: “Our Pay TV Database gets the point across that telcos in both emerging and mature markets can do well, even when the market is saturated with cable and satellite providers.”

It’s not all positive news coming out of China however, although hardly a reliable source – and more likely an attempt at shifting some blame – Michael Hayden, former head of CIA and the NSA, has accused China-based networking giant Huawei of spying for the Chinese government.

The accusations surround the company’s potential links to the military, due to founder, Ren Zhengfei – being a former member of the People’s Liberation Army. Huawei has been displaying a keen interest in critical infrastructure both in the US, and in the UK.

General Hayden was quoted as saying: “God did not make enough slides on Huawei to convince me that having them involved in our critical communications infrastructure was going to be OK.”

When asked: “Does Huawei represent an unambiguous national security threat to the US and Australia?” Hayden replied “Yes, I believe it does.”

What do you think about China’s leading growth in M2M and IPTV subscribers? How about Michael Hayden’s comments on the cybersecurity threat presented by the Chinese government?