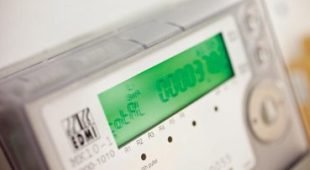 By James Bourne | 17th July 2013 | TechForge Media http://www.cloudcomputing-news.net/
James is editor in chief of TechForge Media, with a passion for how technologies influence business and several Mobile World Congress events under his belt. James has interviewed a variety of leading figures in his career, from former Mafia boss Michael Franzese, to Steve Wozniak, and Jean Michel Jarre. James can be found tweeting at @James_T_Bourne.

With the Department of Energy and Climate Change due to make a decision this summer on what communication technology will be used to support the installation of smart meters in every home and small business by 2020, there was a significant development recently for those living in rural areas.

The Government has appointed a provider to deliver its £150 million Mobile Infrastructure Project (MIP) which will see cellular mobile phone services based on open standards extended to rural “not spots” which currently have no coverage.

The newly installed infrastructure will connect with the networks of the UK’s four largest mobile network operators, bringing mobile phone services to 60,000 premises which currently do not have coverage.

This is a positive move from the Government which will help to cement the UK’s position as a leading digital economy.

It also underlines the Government’s commitment to innovation through open standards and the success of the smart meter programme, one of the largest energy infrastructure projects in the UK since North Sea gas.

Smart meters are an essential foundation for a smarter energy future for the UK. They will empower consumers by providing them with feedback on their electricity or gas energy usage, and helping them to monitor, manage – and should they wish – reduce their energy consumption.

A smart meter solution using cellular networks – rather than a proprietary technology – will be more future proof, less dependent on dedicated radio spectrum, and ready for use from day one.

And of course, further improved mobile coverage in rural areas makes a cellular based solution even more attractive.