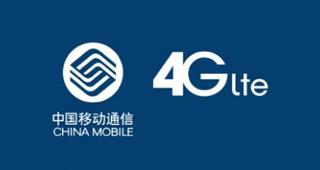 Signs abound that China is very close to first LTE rollout as a license is expected in a few months.

This is certainly good news for equipment makers fighting off slowing capex and fierce competition.

China Mobile also stands to benefit from TD-LTE on its preemptive position; more important, the standard has the government behind.

The latter is crucial for commercial success. Of course the government is not always failsafe as we have seen in ill-fated TD-SCDMA, but it does lend a heavy hand in things like spectrum, timing for license and guidelines for buying equipment. For TD-LTE, the minority LTE standard that accounts for less than 10% of LTE commercial networks in the world, a license ahead of LTE FDD could give it an upper hand in recruiting high-end customers and retention, as well as a handset ecosystem to help gain market share.

The following are the latest developments running up to LTE launch in China.

– After a short delay, China Mobile opened a tender offer in late June for a total of 207,000 TD-LTE BTSs. Of course the products won’t be delivered at once, but the number spells a big opportunity as the estimated value is about RMB20-30 billion (US$3.2-4.8 billion).

Right now, TD-SCDMA, the 3G network run by China Mobile, has about 300,000 BTSs after five years of development. With this and future phases, TD-LTE network will be close to, and possibly more than, the coverage and capacity of 3G. When completed, it will make China the largest TD-LTE network in the world.

Details of the tender are not disclosed, but the sheer number of BTSs should set off a bid war among major equipment makers that are eager to sell. In fact, Huawei Technologies, the second largest LTE network equipment maker, predicts that Chinese vendors as a whole should snatch up 50% or more of orders, while the European counterparts, namely Ericsson, Alcatel Lucent and Nokia Siemens Networks, are reportedly determined to get as much as 40%.

It is not clear how feasible the number is against the Chinese, but it is a huge boost from 15-20% they made during the first round. Ericsson, for example, has set its target at 13-15%, almost double the 8% it got during the first bid, an embarrassment to the world’s largest LTE equipment vendor.

Clearly it is an uphill battle if not totally winnable, but Ericsson and its European cronies have an unlikely ally this time around, the European Union. The EU has launched an anti-dumping probe against Huawei and ZTE in Europe. The latest twist is, after behind-door meetings with the Chinese government, the EU has decided to suspend punitive tariffs but instead suggest more “discussions and negotiations” for its interest.

EU officials reportedly made it bluntly in private that the EU wants China to guarantee 40% share for European telecom firms in exchange for dropping trade sanctions. China may yield to EU pressure but by how much remains to be seen.

– Meanwhile, China Telecom has made an about-face in its policy on LTE. Just a year ago, China Telecom showed little interest in LTE citing “an immature technology and untimely market;” today, LTE is a hot topic for operator executives. China Telecom is running trials in six cities and plans to begin the first tender for LTE equipment in Q4; no capex figure is disclosed. Technically, CDMA EV-DO can go either way to migrate to LTE, so the key criteria comes down to saving money and time.

After learning the government may grant TD-LTE license first, China Telecom wants to build a hybrid TDD/FDD network to take advantage of spectrum allotted for TD-LTE (2635-2655MHz) and FDD networks for wide area coverage at lower cost. Right now China Telecom has about 2,000 BTSs (mostly FDD) and it plans to expand the construction in all provinces in a year’s time. For LTE handsets, China Telecom will focus on FDD compatible with CDMA/GSM/WCDMA for roaming, while TD-LTE is for high-speed data only with datacards and routers for WiFi.

– China Unicom is the slowest runner in the race to LTE. As I reported earlier, the operator remains firm on LTE FDD for technical and investment reasons and wants to reap more from its HSPA+ service that delivers competitive datarate with LTE. Despite technical merits in WCDMA and HSPA+, delaying LTE can be a serious mistake.

In fact, Unicom has felt the heat if the government let TD-LTE license precede LTE FDD, and decided to conduct small-scale trials in South China. The operator’s short-term plan is to spend RMB5-10 billion (US$800 million-1.6 billion) a year which translates to less than 30,000 FDD BTSs, a much smaller scale compared to China Mobile’s plan. Financial constraint is one factor that may have undercut Unicom’s decision on LTE, but the operator could benefit from LTE FDD’s business models elsewhere and abundant handset supply.

It is still everyone’s game in how LTE, TDD or FDD will play out in China and who will be the winner at last. If past experience is any guide, high-speed service alone may not be good enough to inspire large crowds but low cost in service and smartphones to a wary public. Whatever the outcome, equipment manufacturers are set to gain in what could turn out to be the largest LTE market.