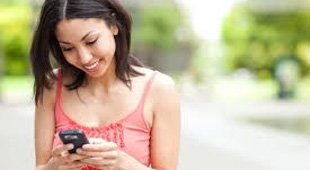 The US dropped to second place in terms of app revenue generation last year for the first time ever, supplanted by the new dominant player whose smartphone market is beginning to snowball, Japan.

Mobile app intelligence and metrics tracking firm App Annie has released a detailed breakdown of the the complex Japanese market, detailing the precarious stance this smartphone onslaught has forced domestic carriers to adopt.

Smartphone uptake among the Islands’ population progressed at a leisurely pace until recently, especially given the hi-tech nature of feature handsets that were ubiquitous in the country over the last decade.

Only 23% of devices were smartphones at the end of 2011, with hi-spec feature phones continuing to dominate the market. This is no surprise; given that by influencing device manufacturers and limiting access to content, mainly games, local mobile operators exert a considerable amount of control over the Japanese mobile industry.

However, this situation is changing rapidly, with Android and iOS devices reshaping the Japanese mobile landscape to such a degree that experts predict feature phones will be virtually non-existent in the country within five years.

Carriers are being forced to scramble to keep up with the deep inroads being made into Japan by the two globally dominant smartphone platforms. Long held, profitable strategies of operators like NTT DoCoMo, Japan’s largest carrier, are at risk as the disruption erodes their control of content and deprives them of a once key revenue stream.

In fact, unlike fellow carriers KDDI and Softbank, DoCoMo doesn’t partner with Apple’s walled garden at all; instead preferring to align itself with Android, allowing it to retain a measure of control over the domestic phone manufacturers that build Android handsets.

Rival operators KDDI and Softbank, however, are invested in the success of Apple, and are willing to cede content control in the hope of continued consumer demand for iPads and iPhones. In the short term the gamble would appear to be a good one, with DoCoMo already reporting a higher customer churn than its competitors. Softbank also reported the highest net addition of mobile subscribers over the past year as consumers scramble for new Apple products.

But the DoCoMo position is more subtle than it appears. The firm has thrown its weight behind Android, but doesn’t necessarily want to give up content revenue streams, and would therefore prefer users to choose its own app stores and content over what’s available in the Google Play store.

Tellingly, iOS revenue far outstrips Andoid in Japan, despite smartphone ownership weighted towards Android by two to one.

One thing’s for sure, analysts and market commentators will be watching closely to see which of the domestic carriers’ content distribution gambles pay off.

App Annie are exhibiting at Apps World in San Francisco on 7-8 February 2013, to find out more about how you can attend, please visit: http://www.apps-world.net/northamerica/