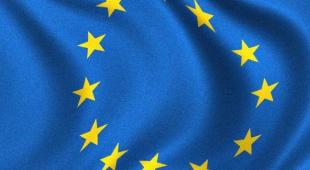 By James Bourne | 14th January 2013 | TechForge Media http://www.cloudcomputing-news.net/
James is editor in chief of TechForge Media, with a passion for how technologies influence business and several Mobile World Congress events under his belt. James has interviewed a variety of leading figures in his career, from former Mafia boss Michael Franzese, to Steve Wozniak, and Jean Michel Jarre. James can be found tweeting at @James_T_Bourne.

The European Union appears to be looking at with measures designed to promote a pan-European telecoms market, according to reports from the Financial Times.

This would be a huge step in terms of European telecoms infrastructure, in an attempt to remedy the currently fragmented market.

Neelie Kroes, vice president of the European commission, told the Financial Times that while further collaboration in the marketplace was crucial, plans for a single telecoms regulator were not in the pipeline at this stage.

Kroes told the FT: “We’re working on a range of measures to create common and stable conditions across the EU for telecoms competition, investment and growth, which should also make cross-border consolidation more attractive.”

Kroes has, of course, been even more busy than usual in recent months, especially with plans notified in September with a new cloud computing initiative entitled “Unleashing the Potential of Cloud Computing in Europe”, planning a boost for the European GDP (gross domestic product) to the tune of 160bn Euro (£127.6bn) by 2020.

This news comes amid reports of a meeting between the biggest names in European telecoms and Joaquin Almunia, vice president of the European Commission and responsible for competition. A who’s who of telcos was present, including Telefonica, Deutsche Telekom and France Telecom. Following the initial news release, telecoms shares rose.

Almunia’s official stance differs from that of Kroes, it would appear. According to Reuters, Almunia is quoted as saying he wanted a ‘genuine single market’, but various sources report that the meeting last year had focused more prominently on how mergers and takeovers could skim the number of operators.

Of course, putting together a pan-European network would end up with a huge amount of logistical and financial difficulties – but it would move Europe more in line with the likes of the US and China.

But there are dissenting voices. According to ratings agency Fitch Ratings, it’s a slim chance for the talks to succeed.

“Recent talks between operators and the European Commission could signal a slight softening of regulatory opposition to consolidation in the sector, but we believe that network sharing within individual countries will remain a more common method of cutting costs and defending margins,” Fitch said in a prepared statement.

But who’s right here? Would it be possible to have an EU-wide telecom infrastructure?