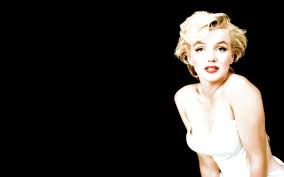 There’s an all pervasive sense of a pressing need for change running through operator strategy discussions at MWC in Barcelona this week.

Since we travelled to the city for last year´s show, the Telco community has tried its hand at delivering the OTT that’s been otherwise ravaging its revenues. It has tried to implement the Wholesale Applications Community. On the whole, the results have been mediocre at best.

Viber CEO and OTT poster boy Talmon Marco, on stage this morning, gave a frank assessment of operators’ efforts. “These services are simply not taking off,” he said shrugging, almost apologetically.

Yesterday, the very engaging Hakam Kanafani, CEO of Turk Telecom, postulated the Marilyn Monroe syndrome, with which he believes operators are currently afflicted. Like the iconic movie starlet, they spent years being the hottest, sexiest thing in town. But now they’re a bit older, a bit slower, not quite as sexy, and fighting off constant challenges from nubile, younger, more spritely models.

Subscriber growth in established markets is slowing dramatically, he said. Voice has been devalued in the eyes of the consumer by constant price wars that have squeezed margins to almost ridiculous levels and trained people to believe that communication and data services should be cheap, or even free.

Telcos need to change, he added. The battle for market share needs to stop; with attention refocused on margins rather than numbers of customers. And there’s a need to address more than mere communication solutions, providing useful data services that enrich the user experience.

But how can this be done? There’s a lot of talk about the need for Telcos to partner and collaborate with these nubile young hotties currently hogging the limelight.

“Are we going to fight OTT or are we going to find a way to partner?” asked David Thodey, CEO of the Australian operator Telstra, adding that partnership was a favourable option, but pricing strategy remains a thorny problem.

“We’ve got to take ownership of the issue,” he said.

Mats Granryd, CEO of TELE2, which operates a mobile network across Northern and Eastern Europe, believed that it would be stupid for operators to take a combative stance against OTT providers. “It’s okay to be a pipe,” he said. “But you have to be a clever pipe. Make money by monetising the data, and make speed your killer app. Create sticky apps and augment this with excellent customer care.”

This is one point everybody seems to agree on. Without being too dramatic, Telcos have changed the world, improved lives on every continent and revolutionised almost every industry that’s come into contact with mobile. Why aren’t they more popular with users?

Perhaps we haven’t done the job as well as we should have over the past few years, said Telstra’s  David Thodey. But that’s changing; today Telstra is a fully customer centric organisation that’s seeing constantly increasing levels of user satisfaction and an inevitable decrease in churn as a result.

Shortly before her death, Marilyn Monroe went off the rails. She became notoriously difficult to work with, fell in with a bad crowd and showed an inability to adapt that made it almost impossible for her to age gracefully. There are big challenges and big plans being discussed this week in Barcelona, but it’s clear that everybody understands if operators are to face these challenges, they must figure out a way to avoid stumbling down the same road as that iconic, tragic starlet.