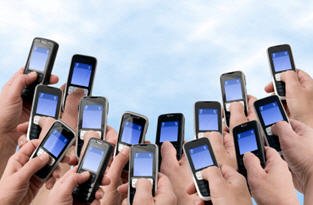 Operator revenue levels on data are set to overtake voice revenues by 2018, according to research announced by the GSMA at the beginning of the Mobile World Congress show in Barcelona this week.

An explosion in mobile data, driven by a surge in demand for connected devices and M2M communication is “transforming the socioeconomic future of people in developed and developing countries”, it said.

The report, compiled in association with PwC, shows how new mobile products and services will revolutionise the way people work and live around the globe within five years.

Improvements in data connectivity have particularly spurred on the M2M sector, where four main categories are emerging, building on the evolution of mobile broadband, health, automotive, education and smart cities.

mHealth – In the fight against malaria, TB, HIV and perinatal conditions, greater use of mobile connectivity could save more than one million lives in sub-Saharan Africa between now and 2017. In developed countries, mHealth products and services could shave a massive $400 billion off the annual healthcare bill in 2017.

mAutomotive – A staggering 240 million tonnes of food spoils during transit and in storage every year in developing countries. The use of mobile to track trucks, optimise fleet performance and monitor the temperature of storage facilities would save enough food to feed 40 million people in 2017, equivalent to the entire population of Kenya.

In OECD countries, connected cars equipped with in-car emergency call services can help save 35,000, or one in nine, lives by 2017 by providing quicker and more accurate emergency location and response times.

mEducation – The use of mobile handsets, e-readers and tablets to enable flexible learning in developed nations will boost primary and secondary student retention rates by eight per cent, or 1.8 million children, by 2017.

Smart Cities – People can reclaim one full week of time annually as a result of intelligent transport systems that will monitor traffic flows and encourage the use of public transport, which will help reduce commute times by up to 35 per cent in developing smart cities in 2017.

“Mobile data is not just a commodity, but is becoming the lifeblood of our daily lives, society and economy, with more and more connected people and things,” said Michael O’Hara, Chief Marketing Officer, GSMA.

“This is an immense responsibility and the mobile industry needs to continue collaborating with governments and key industry sectors to deliver products and services that help people around the world improve their businesses and societies.”