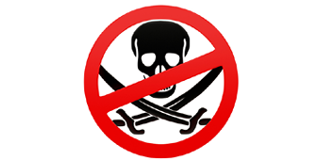 Perhaps you may have heard of VK – you certainly would if you’re based in Russia – but outside of the motherland it may ring a bell as the network which TelecomsTech reported on as offering US whistleblower Edward Snowden a job.

One of the biggest issues of the network is its rampant Piracy rate, with a reported 77% of transferred files being unauthorised content.

This level of copyrighted content being so freely distributed is incredibly damaging to owners, up to an expected cost of around $1 Billion – which was sure to hit the radars of anti-piracy firms.

London-based MUSO has taken up the call, reaching an agreement with VK to remove “hundreds” of MP3 websites which distribute their illegal downloads on the website. Whilst the network does not host the files themselves, removing them from court action, they act as a “portal” to these illicit sites.

MUSO co-founder and music services division head, Andy Chatterley says: “The rise of illegal mp3 one-click download and streaming sites are one of the biggest challenges facing the industry. MUSO is committed to staying one step ahead in helping our clients deal with their illegal piracy problems.”

The site will now require consistent monitoring under the new terms, with MUSO’s clients being offered the ability to takedown content with a single click if infringing on their copyrights.

As one of the largest independent anti-piracy companies, MUSO works with over 1000 different media outlets to provide an efficient solution to concerns whilst boosting and optimising Google search results of legit content to promote the deserved monetisation necessary for sustaining and advancing the entertainment industry.

Unlike Mark Zuckerberg and Facebook, the founder of VK – Pavel Durov – had actually (just) graduated from his St Petersburg State University when he launched the site for beta testing in September 2006. By 2008, the website had overtaken Odnoklassniki as Russia’s most popular social networking service.

What do you think about MUSO’s new agreement with VK?