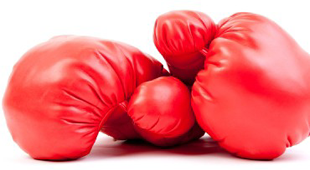 The last few weeks for both BT and TalkTalk have been interesting for UK telecoms – some may say slightly pathetic – but a lot is at stake for the broadband companies’ financial future.

Now Virgin Media boss Neil Berkett weighs in, calling for peace to the benefit of all involved.

Fighting words broke out between executives over how much BT wholesales its fibre optic network to rival providers, with TalkTalk bosses asking the Government to impose rules preventing investment into the fibre infrastructure from becoming a “single monopoly.”

BT has invested £2.5 billion into its network, perhaps giving some amount of reason to protecting their investment, and the strong words slung back by chief executive Ian Livingston calling TalkTalk a “copper Luddite” who wishes to “hobble the UK economy for its own commercial reasons.”

To this, TalkTalk chief Dido Harding returned: “Monopolies on their own rarely spearhead national growth – only a Luddite would think that,” in a letter to the Daily Telegraph.

Sounds like “he said, she said” schoolyard bickering, right? Virgin Media boss Neil Berkett, who’s soon due to step down, certainly thinks so.

“I can see why TalkTalk wants to pay the least possible, and I can see why Ian Livingston wants to reap the benefit of his investment, but I am not sure throwing rocks at each other is going to achieve a hell of a lot of good,” Berkett said.

“You’ve got to be careful what you wish for,” he added.

These are very emotive words, but his point holds true. Warring in this manner really does not help businesses or consumers. Going on to highlight how Virgin Media’s own investment into fibre broadband; BT then “upped its game”, whilst BT’s investment now is likely to have the same effect on other players.

What do you think of the fibre broadband investment, how this affects the companies involved, and perhaps cost to growth affecting the end consumer?